The Courtauld | Andy and Edie planning an “Afternoon” (1965): fallacies and film practice in Warhol’s cinema 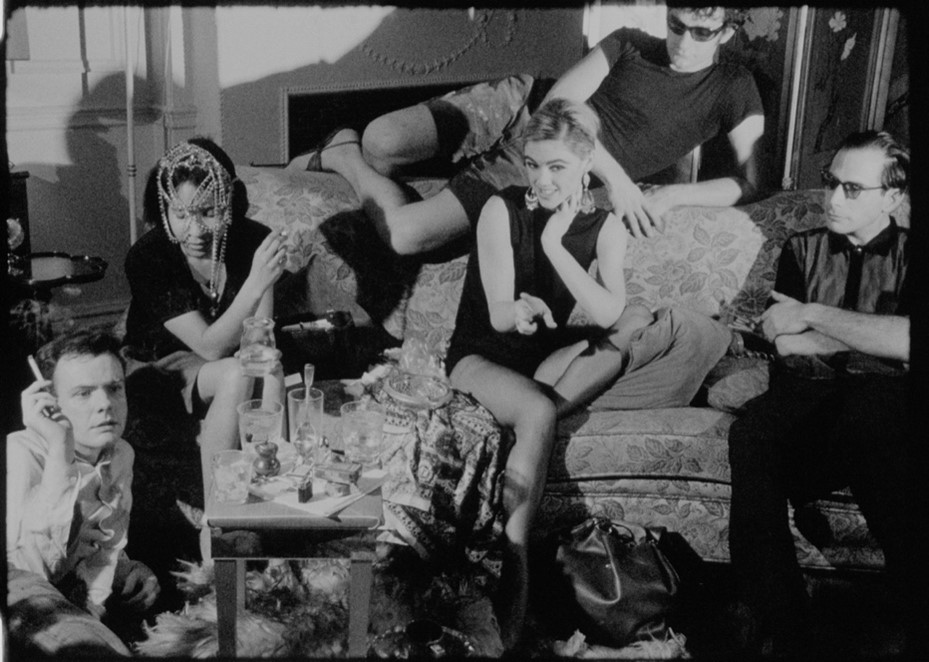 “The Moving Image as Subject and Practice in American Art, 1900–1990”
Film and Television were the most popular artforms of the 20th century in America. Their cultural influence was felt across spheres as diverse as politics, fashion, design and publishing. Notwithstanding the wealth of academic discourse on the cultural, industrial and social history of the moving image in relation to these and other fields there still remains much work to be done on how American artists figured film and television as both distinct subjects and tools for the creation of artworks. This lecture series will present a varied roster of talks that will examine the moving image as both subject and practice in American art. We will explore a diversity of periods, artists and approaches to both film and television, observing the Art History of the moving image from an interdisciplinary perspective.
Session 4: Gary Needham, “Andy and Edie planning an Afternoon (1965): fallacies and film practice in Warhol’s cinema”
“Warhol’s method is to set up his camera and to record, unselectively, whatever happens in front of it. Some exciting things can come out of spontaneous cinema, but in Warhol’s hands this is just home movies, and bad home movies at that.” (Whitehall 1966: 7)
“Andy doesn’t care much about anything these days, except making movies. And he makes one every day. It sounds hard, but Andy’s found an easy way to do it. He simply sets his camera and lets it go.” (Alouette 1965: 26)
Even as recent as 2014, in an article from Criticism on Warhol’s 1965 film Afternoon, the author upholds a fallacy attached to Warhol’s filmmaking that “there is no plan here.” Despite the article’s analytical and intellectual rigor, it sustains a dated presumption that Warhol’s filmmaking is routinely unplanned, singularly authored rather than collaborative conceived, and formally chaotic, spontaneous, and drug-fueled. I will prove otherwise through archival material, the 1965 audio tapes, and formal analysis – Warhol’s films were very carefully planned! In this talk, I will specifically examine the planning of the film Afternoon (1965), explore the fallacy of an “unplanned film style,” and re-assess the role of Edie Sedgwick at the Factory.
Gary Needham is senior lecturer in film at the University of Liverpool and is currently finishing a book on Andy Warhol and Edie Sedgwick. He co-edited (with Glyn Davis) Warhol in Ten Takes (BFI 2013) and has recently published on Warhol’s films with Nico. He is the author of Brokeback Mountain (EUP 2010) has co-edited several other collections including Asian Cinemas (EUP), Queer TV (Routledge), United Artists (Routledge), and the forthcoming Screening American Cinema.
Elena Gorfinkel is senior lecturer in Film Studies at King’s College London. She is the author of Lewd Looks: American Sexploitation Cinema of the 1960s (Minnesota, 2017), and coeditor of Global Cinema Networks (Rutgers, 2019) and Taking Place: Location and the Moving Image (Minnesota, 2011). Her current book project, Aesthetic Strike: Cinemas of Exhaustion was awarded an Andy Warhol Foundation Arts Writers Grant (2018), and she is also at work on a short book on Barbara Loden’s Wanda (BFI Film Classics). Her criticism appears in Sight & Sound, Art Monthly,Cinemascope and other venues. She will be a respondent to Dr. Needham’s paper at this event.
Organised by Tom Day – Terra Foundation Postdoctoral Fellow, Centre for American Art, The Courtauld
Book a free ticket: https://www.eventbrite.co.uk/…/andy-and-edie-planning…
+ Google Calendar+ iCal Export