The Courtauld | In Conversation: The Sculpture as Text 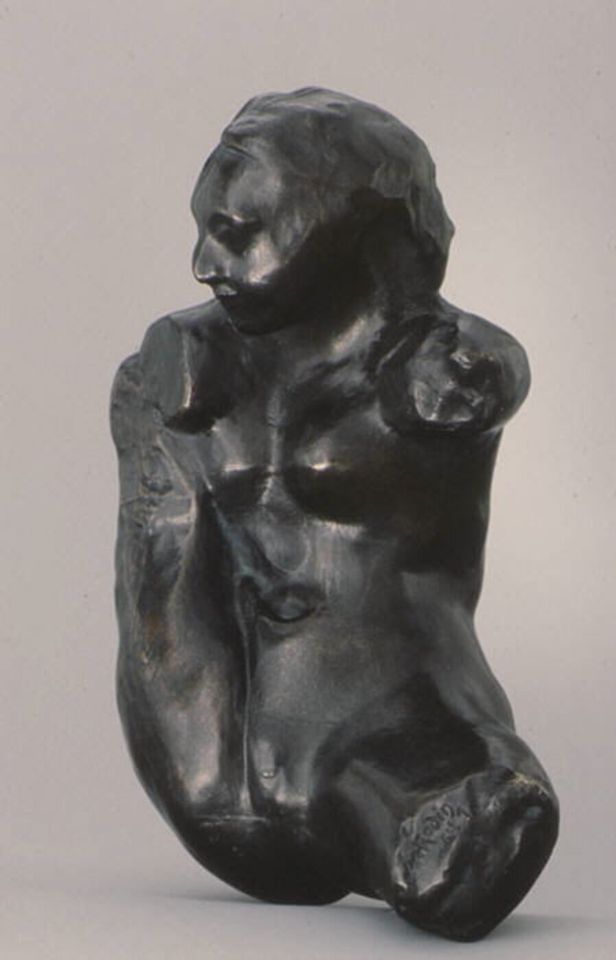 “The Modern Fragment and the Functions of Language”
Dr Jonathan Vernon
In the 1950s and 1960s, the history of modern sculpture was being written, organised and codified through surveys and survey exhibitions for the first time. In the United States, this process began with the rehabilitation of Auguste Rodin as the first modern sculptor. Rodin’s new position placed special emphasis on the relationship between the fragment and the sculptural object, and with it the independence of the part from the whole, the sculptural form from the human figure and the object from the frameworks that had traditionally given it value and legibility. Perversely, the fragment came to stand for wholeness and autonomy – a sign of ruin and alienation made into an expression of totality.
This paper asks how we might understand the meaning and structure of the modern fragment as it was codified in the post-War era through language and linguistics, and especially in relation to metaphor and metonymy, symbolism and indexicality, and reference and self-reference. In what terms could the autonomous modernist object have been said to refer back to the fragment and the paradigm of figure sculpture? How did the fragment’s historical coding function in the context of the twentieth century? What can we learn by thinking about the ways in which narratives of modern sculpture have been structured in relation to systems of language?
To answer these questions, the paper assesses the work of art historians and critics such as Albert E. Elsen and Michael Fried through the work of contemporaries focused on the study and philosophy of language, namely Roman Jakobson and Stanley Cavell. In doing so, the paper also seeks to capture the power and influence of particular ways of thinking about art, language and thought in the moment that modernism became history.
Dr Jonathan Vernon is an Associate Lecturer at Oxford Brookes University. In 2020–21 he was a Leonard A. Lauder Postdoctoral Fellow at the Metropolitan Museum of Art, New York. He was awarded his PhD by the Courtauld Institute of Art, London, in 2019, and he was the Ridinghouse Contributing Editor at The Burlington Magazine from 2014 to 2017. His research has also been funded by the Terra Foundation for American Art and the Henry Moore Institute, Leeds, and his work has been published by Art History, The Art Newspaper and Tate, among others.
“Barbara Hepworth, language and feeling”
Dr Rachel Rose Smith
This paper introduces the art of Barbara Hepworth in relation to ideas around language and poetry. Referring mainly to two periods in her career, it considers the artist’s written descriptions of her sculptural aspirations as she began to make more abstract carvings during the early 1930s, as well as her reading of poems by Rainer Maria Rilke, whose volumes she acquired during the early 1940s. While referring to the words of contemporaries who tried to articulate the new effects of her sculptures, it also considers the potential usefulness of some writers on poetry and expression more broadly. By bringing heightened awareness to the words used to describe her forms and their effects, it hopes to facilitate an opening out of her sculptures to realms of languages, categories and sentiments which surround them, and to encourage us to ask and answer basic questions about the facts of their physical presences.
Rachel Rose Smith is a researcher and curator living in London. Since September 2020 she has been editing the catalogue raisonné of Ben Nicholson’s paintings and reliefs. Her previous research has centred on artists working in West Cornwall, particularly the work of Barbara Hepworth. She completed her PhD in 2015, when she became Curator of the Heong Gallery at Downing College, and then Assistant Curator of Modern British Art at Tate Britain.
Organised by Dr Caroline Levitt (The Courtauld)