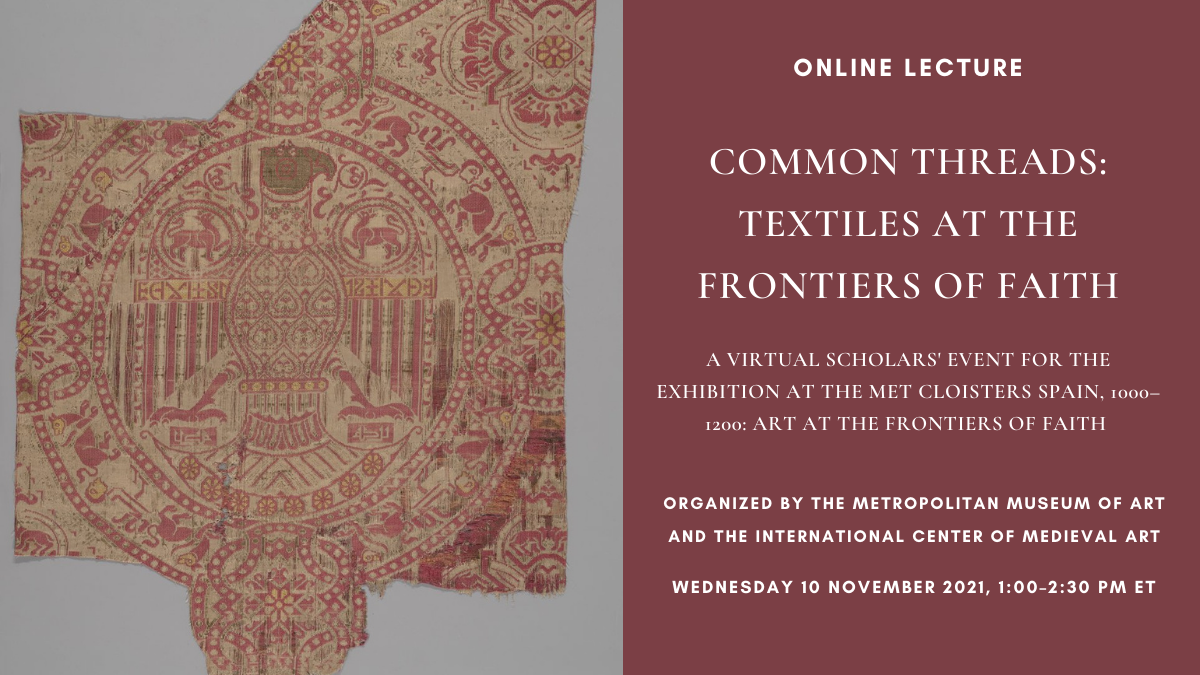 The sumptuous patterned silk textiles produced in the multi-faith medieval Iberian Peninsula, objects of great value as well as desire, played a paramount role in facilitating interactions among elite consumers, no matter their beliefs. Rare and precious surviving medieval Iberian fiber arts evoke for modern audiences a variety of social, political, and economic relationships, yet there is still much to be discovered from the fragments that remain. This virtual scholars’ event, convened in conjunction with the exhibition Spain, 1000–1200: Art at the Frontiers of Faith, takes a close (occasionally microscopic!) look at some of the most important silks surviving from the eleventh through thirteenth centuries.

Organized by The Metropolitan Museum of Art and the International Center of Medieval Art.