The Walters Art Museum | In The Spirit Of Liberation/Black Presence & Futures: Juneteenth Conversation 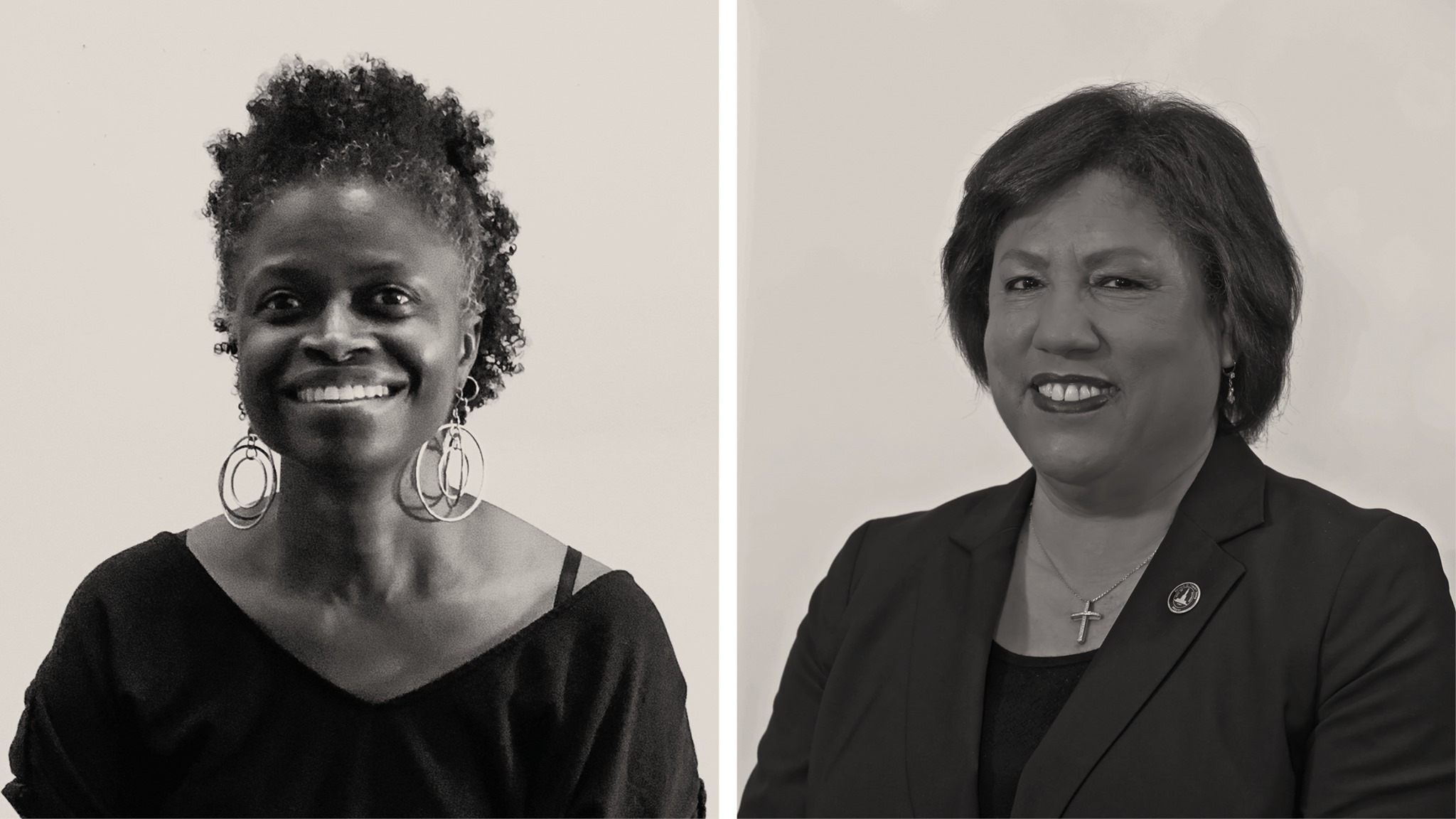 Join artist and educator Zoë Charlton, Dana Moore, Chief Equity Officer for the City of Baltimore, and Keondra Prier, Mellon Initiative Project Manager at the Baltimore Museum of Art, in conversation about the present and future of Black liberation. The speakers navigate questions such as the constant uncertainty around freedom in the Black Experience and what freedom looks like today.
About the Speakers
Zoë Charlton
Zoë Charlton makes large-scale figure drawings, primarily of women adorned with culturally loaded objects and covered in dense collaged landscapes. She occasionally works in sculpture, animation, and collaborates with other artists to make installations and videos, exhibits nationally and internationally, and has participated in numerous residencies, most recently ArtPace San Antonio. Zoë’s work is included in prominent collections, including The Phillips Collection and the Studio Museum in Harlem. She grew up in the military, primarily in northern Maine. She received an MFA degree from the University of Texas. Since 2003, she has been teaching full-time at American University (Washington, D.C.) and received tenure in 2009. She served as Chair of the Department of Art from 2015–18 and is the first Black American tenured professor in the department. She is a Full Professor of Art at American University. She holds a seat on the Maryland State Arts Council, is a board member of the Washington Project for the Art, and is a co-founder of ‘sindikit, a collaborative art initiative, with her colleague Tim Doud.
Dana P. Moore
Dana P. Moore, Esquire is Baltimore’s first Chief Equity Officer. Appointed by Mayor Brandon M. Scott to the dual roles of Chief Equity Officer and Director of Baltimore’s Office of Equity and Civil Rights, Dana began serving in these roles in January 2021. Her mission is to establish frameworks within every City agency, board and commission that will assure compliance with Baltimore’s equity laws and mandates. She has a keen focus on helping all City employees carry out their vast and varied responsibilities with awareness of doing so through an equity lens.
Ms. Moore is also the first woman in Baltimore’s history to serve as the City’s Acting City Solicitor, a role she assumed in March 2020. She led the City’s legal response to the pandemic, helping convert the Baltimore Convention Center into a field hospital, establishing testing sites throughout the city and negotiating terms to convert hotels into respite sites. Prior to serving as Acting City Solicitor, Moore served as Deputy City Solicitor, a role in which she also made history as the first woman to serve in that capacity.
Prior to joining the City’s Law Department, Dana owned her own law firm that focused on providing legal services to small, women and minority owned businesses. She also served in an “Of Counsel” role at Baltimore-based Venable, LLP and, prior to that, was a full equity partner at Whiteford, Taylor & Preston.
Dana and her husband, Ralph E. Moore, Jr., live in Baltimore’s Charles Village Neighborhood. They have two daughters, one granddaughter, two grandsons, and a third grandson who will make his debut in August 2021.
Left: Zoë Charlton (photo: Georgina Reskala); Right: Dana P. Moore (Photo: Mark Dennis)
Please note: This event is virtual and is available exclusively on our Facebook and YouTube pages. You don’t need an account on either platform to enjoy the program. Links to stream the program will be added at a later date