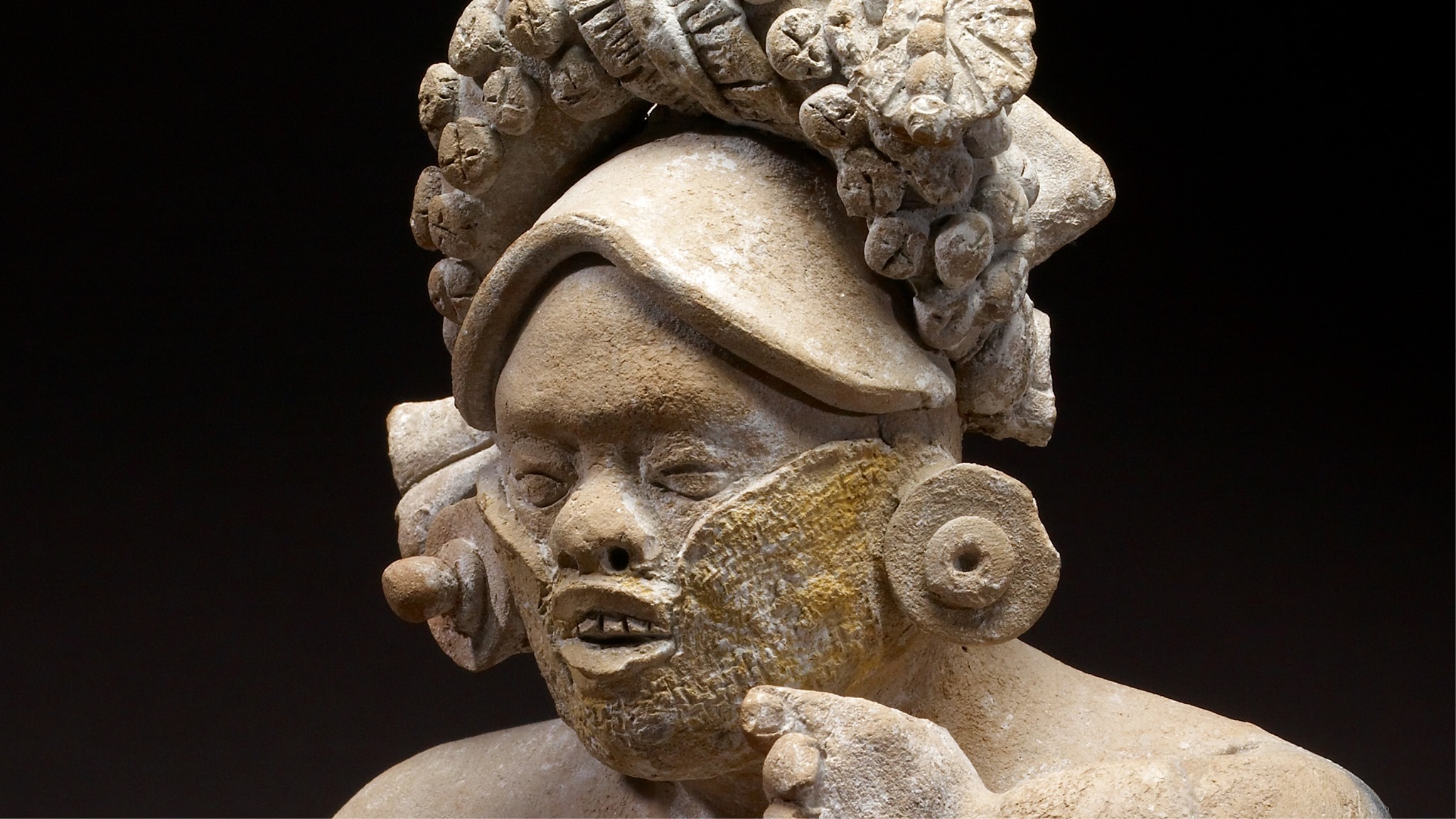 Location: Virtual
Stream on Facebook: https://bit.ly/3DgBJwB
Stream on YouTube: https://youtu.be/3yQLqGtkHRM
Mayan languages have survived colonialism and systemic erasure, and many are spoken in the Baltimore region today. Maria Polinsky, Director of University of Maryland (UMD) Guatemala Field Station, and Pedro Mateo Pedro, Executive Director of UMD Guatemala Field Station, join Ellen Hoobler, William B. Ziff, Jr. Associate Curator of the Art of the Americas, to discuss their long-term collaboration, their approach to engaging and working with Mayan speaking communities, and the ambitious oral history projects Maria undertakes with her students. This digital program is in observance of the United States’ acknowledgement of Indigenous Peoples’ Day and the diaspora of indigenous communities in the United States from the Americas.
Please note this event is virtual and is available exclusively on our Facebook and YouTube pages. You don’t need an account on either platform to enjoy the program.
This program is part of a series exploring themes from the Walters Art Museum’s exhibition Translations and Transitions / Traducciones y Transiciones: A Celebration of Mexican and Central American Independence (1821–2021), on view through November 7. Learn more: thewalters.org/exhibitions/independence
About the Speakers
Maria Polinsky received her doctorate in Linguistics in 1986. She has taught at the University of Southern California, the University of California, San Diego, and Harvard University. She specializes in linguistic theory and has done extensive work on endangered languages in different locations around the world. Polinsky’s research is situated at the intersection of theoretical syntax and cross-linguistic variation in sentence structure, with a focus on long-distance dependencies, control and raising constructions, and ergativity. In theoretical syntax, Polinsky’s work spans a wide array of languages including Austronesian and Mayan languages, as well as languages of the Caucasus. She is a pioneer in bringing both the tools and the research questions of lab-based psycholinguistics to speakers of under-studied languages.
Pedro Mateo Pedro is an Assistant Professor, Teaching Stream, in the Department of Linguistics at the University of Toronto and the Executive Director of the Guatemala Field Station at the University of Maryland. A native speaker of Q’anjob’al, a Mayan language of Guatemala, Mateo Pedro’s research focuses on the documentation and description of Mayan languages, specifically language acquisition, Mayan languages in contact and dialectal variation. His documentation projects on Mayan languages have been a collaborative effort with mentors and colleagues from different universities, such as the University of Kansas, University of Maryland, McGill University, and Universidad del Valle de Guatemala. Mateo Pedro received his PhD in linguistics at the University of Kansas in 2010 and completed a postdoctoral fellowship at Harvard University. Mateo Pedro has taught at universities in Guatemala, Mexico, and the United States and was recently a visiting scholar at the Facultad de Lenguas y Letras of the Universidad Autónoma de Querétaro, México. He has also taught courses on Mayan linguistics in different Mayan communities in Guatemala.