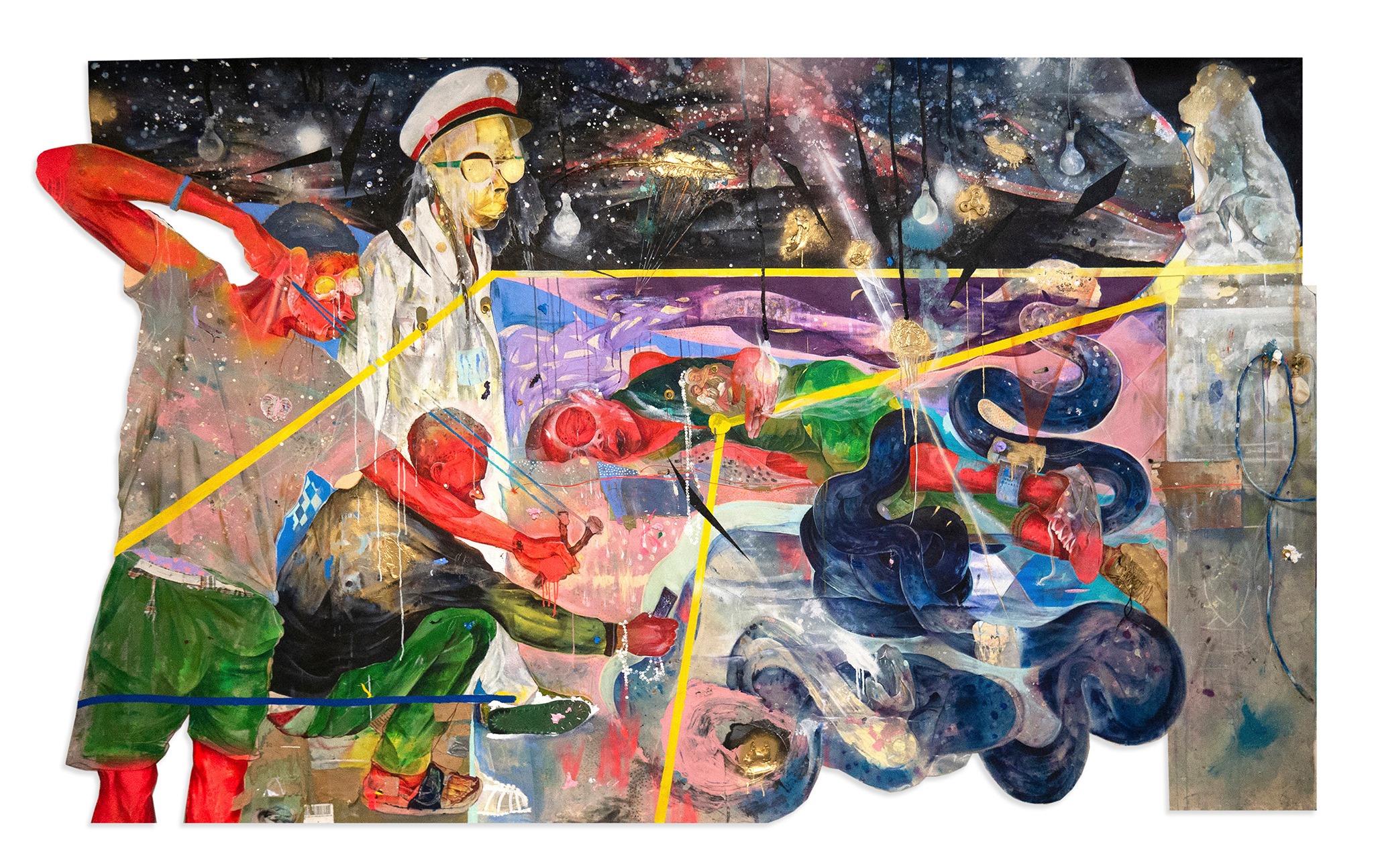 Join the 2021 Sondheim Artscape Prize Finalist Lavar Munroe in conversation with Dany Chan, co-curator of the Sondheim Artscape Prize exhibition and Assistant Curator of Asian Art at the Walters. For five programs through the months of May to July, each artist finalist will be featured in a program exploring the artist’s individual journey as a creative, their evolving voice, and what the opportunity of the Sondheim Prize and its visibility means to their art practice.
The 2021 Janet & Walter Sondheim Artscape Prize Finalists are Jonathan Monaghan, Lavar Munroe, Hoesy Corona, Tsedaye Makonnen, and Hae Won Sohn. The prestigious $25,000 Sondheim Prize is awarded to assist in furthering the career of a visual artist or visual artist collaborators living and working in the Greater Baltimore region. The Janet & Walter Sondheim Artscape Prize exhibition is on view at the Walters Art Museum from Thursday, May 27, through Sunday, July 18, 2021.
About the Artist
Lavar Munroe (b. 1982, Nassau, Bahamas) earned his BFA from Savannah College of Art and Design in 2007 and his MFA from Washington University in 2013. In 2014, he was awarded a postdoctoral research fellowship at the University of North Carolina at Chapel Hill. Munroe was included in Prospect.4: The Lotus in Spite of The Swamp, the New Orleans triennial curated by Trevor Schoonmaker, and the 12th Dakar Biennale, curated by Simon Njami, in Senegal. In 2015, Munroe’s work was featured in All the World’s Futures, curated by Okwui Enwezor as part of the 56th Venice Biennale. Recent group shows include those at the Nasher Museum of Art in Durham; Perez Art Museum, Miami; National Gallery of Bahamas, Nassau; MAXXI Museum of Art, Rome; Museum of the African Diaspora, San Francisco; Virginia Museum of Modern Art, Virginia Beach; and The Drawing Center, New York. Munroe was awarded residencies at the Skowhegan School of Painting and Sculpture, MacDowell Colony, the Headlands Center for the Arts, Joan Mitchell Center, Thread: Artist Residency & Cultural Center, a project of the Josef and Anni Albers Foundation and was an inaugural Artists in Residence at the Norton Museum of Art. He is a recipient of the Joan Mitchell Foundation Painters and Sculptors Grant. Lavar Munroe lives and works in Baltimore, MD, and Nassau, Bahamas.
The 16th annual Janet and Walter Sondheim Artscape Prize is produced by the Baltimore Office of Promotion & The Arts in partnership with the Walters Art Museum.
Links to watch this virtual event will be added at a later date.