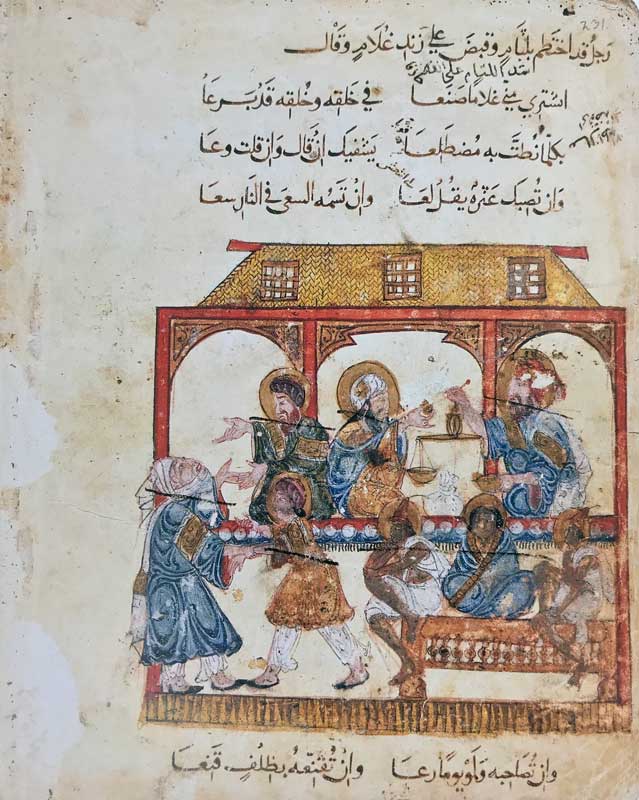 Organized by Lamia Balafrej, Assistant Professor, Arts of the Islamic World, UCLA Department of Art History
Complete schedule at https://cmrs.ucla.edu/…/slaverys-archive-in-the…/
Slavery is often equated with archival lack and erasure, an assumption perhaps inherited from the study of the Atlantic slave trade but which might not hold for the premodern world. For one thing, in the medieval Mediterranean for example, people could slip in and out of the category of slavery—anyone could become a slave and many slaves were manumitted. Orlando Patterson’s concept of “social death” and the corollary idea of archival absence thus may not necessarily apply. If anything, the history of premodern slavery has been obscured by the paucity of scholarly analysis rather than archival absence. Moreover, most scholarly research has focused on literary sources more than documentary ones. One aim of this workshop, therefore, is to shed light on the material, visual, and archeological records of slavery. What objects and documents have survived? Beyond the recovery of facts, what can we learn from an archive’s materiality?
Another line of inquiry concerns the intersected histories of slavery, visual and performance arts, and technology. In early medieval South West Asia, for instance, some slaves were trained to become scribes, singers, musicians, and artisans, a phenomenon that may illuminate the interlaced histories of slavery and high culture. This workshop’s objective, however, is not to argue for a more vigorous, or less violent, archive. Rather, by looking at different premodern worlds, expanding the discussion beyond the Mediterranean and Europe to include the Americas, South West Asia, and East Asia, a major goal is to enrich and complicate our understanding of the relation between slavery, archive, materiality, representation, performance, and culture—a line of inquiry that has not received much attention outside the study of modern slavery. Does the premodern period require a different way of defining and reading slavery’s archive? And how do we ethically engage this violent past?
+ Google Calendar+ iCal Export