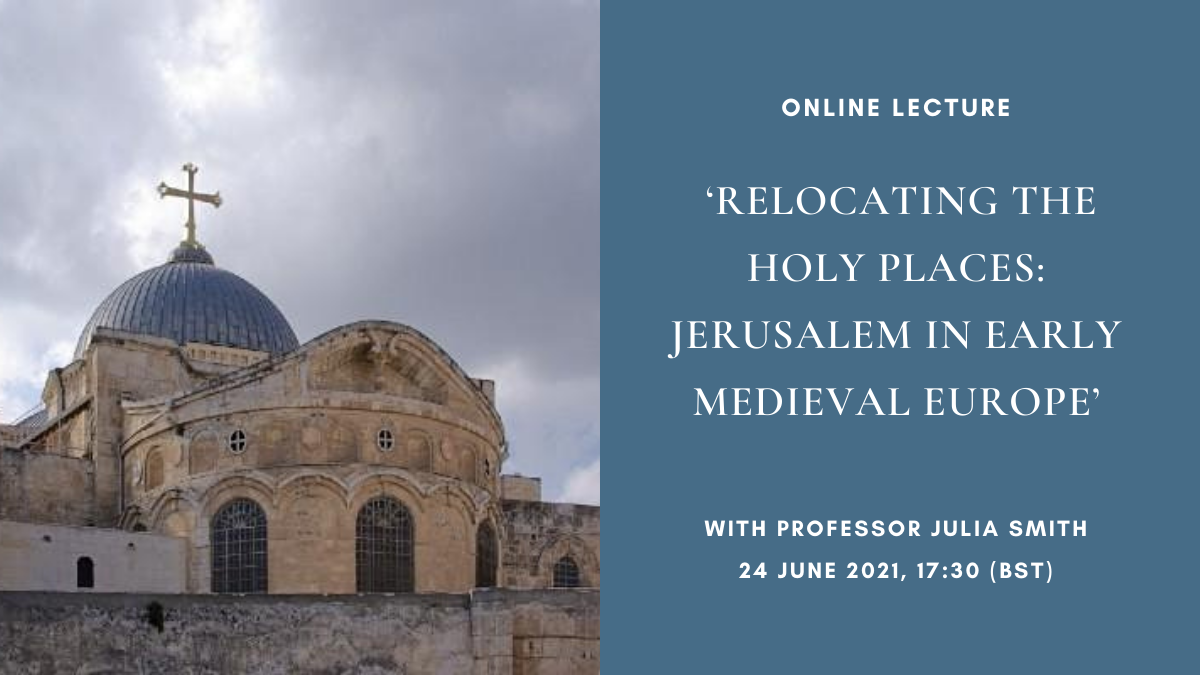 Discover how small portable objects enabled biblical sites to be relocated in Early Medieval Europe. Historian Julia Smith of the University of Oxford will discuss the various uses mobile objects were put to, as well as the significance attributed to them.

Focusing mainly on Jerusalem, Historian Professor Julia Smith will examine the use of these objects within the Holy Land prior to the Arab conquest of 637 and in the Latin West in the centuries before the First Crusade.

Professor Julia M. H. Smith took up the Chichele Professorship of Medieval History at Oxford in 2016, having previously held the Edwards Chair of Medieval History at the University of Glasgow. Her current project, Christianity in Fragments: Relics From Constantine to the First Crusade, examines the instrumental use of small material objects in late antique and early medieval Christian practice from a variety of per­spectives, and offers a new analysis of the origin and growth of relic cults.

Her recent publications include essays on relics as “portable Christianity,” on material Christianity in the early medieval household, and a reconsideration of saints’ cults and relics in early medieval Britain and Ireland. Julia has also published on politics, gender, hagiography, and saints’ cults in late antiquity and the early Middle Ages, ca. 300–1100, including The Cambridge History of Christianity III: Early Medieval Christianities, 600–1100 (with Thomas F X Noble, 2008); Europe after Rome: A New Cultural History 500–1000 (2005); Gender in the Early Medieval World: East and West 300–900 (with Leslie Brubaker, 2004); Early Medieval Rome and the Christian West (2000); and Province and Empire: Brittany and the Carolingians (1992).