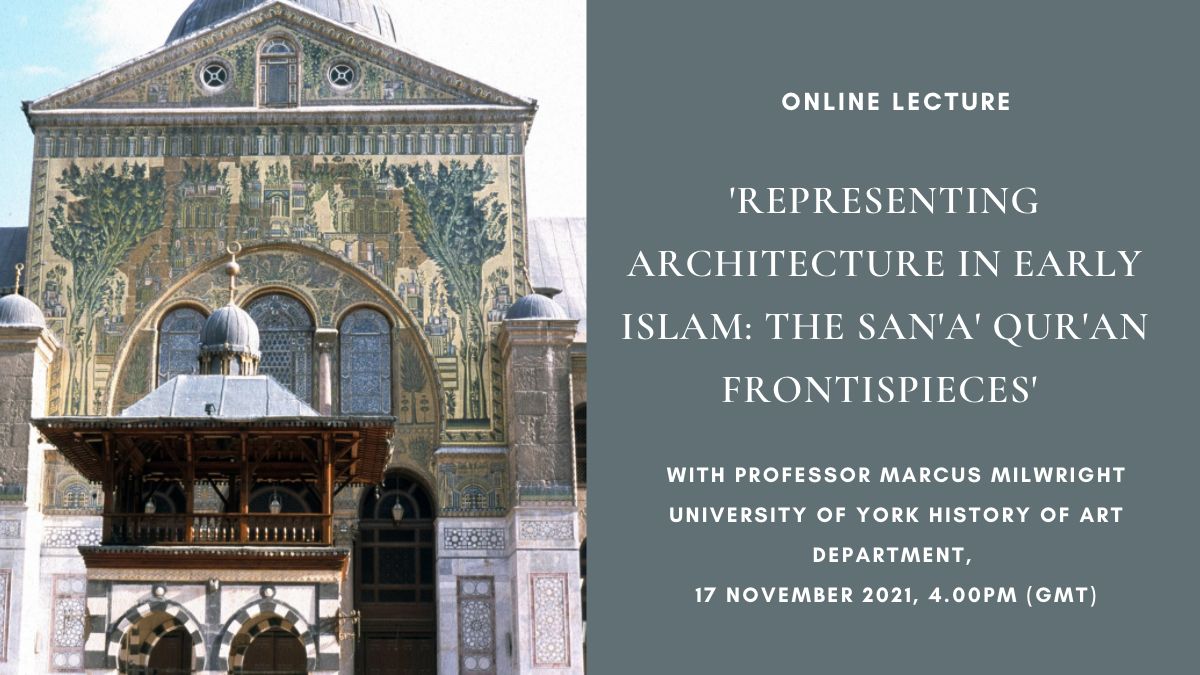 The cache of ancient parchment fragments recovered from the Great Mosque in Sana‘a’ in Yemen included two folios with elaborate architectural designs. While their provenance remains the subject of speculation, there is broad scholarly agreement that these folios were originally frontispieces or finispieces from a luxury Qur’an, probably produced in Syria. There has been general acceptance that the paintings themselves are attempts to depict aspects of the plan, exterior features and interior spaces of a courtyard mosque. Some features suggest comparisons with the decorative components in the Great Mosque of Damascus, commissioned by caliph al-Walid I (r. 705-15). The images are problematic, however, in that they are not composed according to the conventions employed in the ancient world for the representation of standing buildings This paper locates the drawings in the tradition of Late Antique architectural ornamentation in the Mediterranean and Middle East. It is argued that the form of the early Islam courtyard mosque represented a unique challenge for the established modes of architectural representation, and that this problem has implications for our understanding of the goals of the designers of the Sana‘a’ frontispieces. The last part of the paper assesses the importance of these manuscript images in the evolution of early Islamic ornament.

To register your interest for this event please click here.

Location: This is an online event, please register using the link provided.