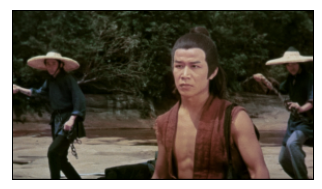 When an emperor’s son is accused of treason against the throne, he ends up in a fight for his life against all comers. The Kung Fu craze literally entered another dimension with this swords-and-fists-in-your-face 3-D action spectacular. Beautifully restored by the 3-D Film Archive, this digital presentation gives the effects and images of Dynasty a sparkling clarity they never had in its original theatrical release.