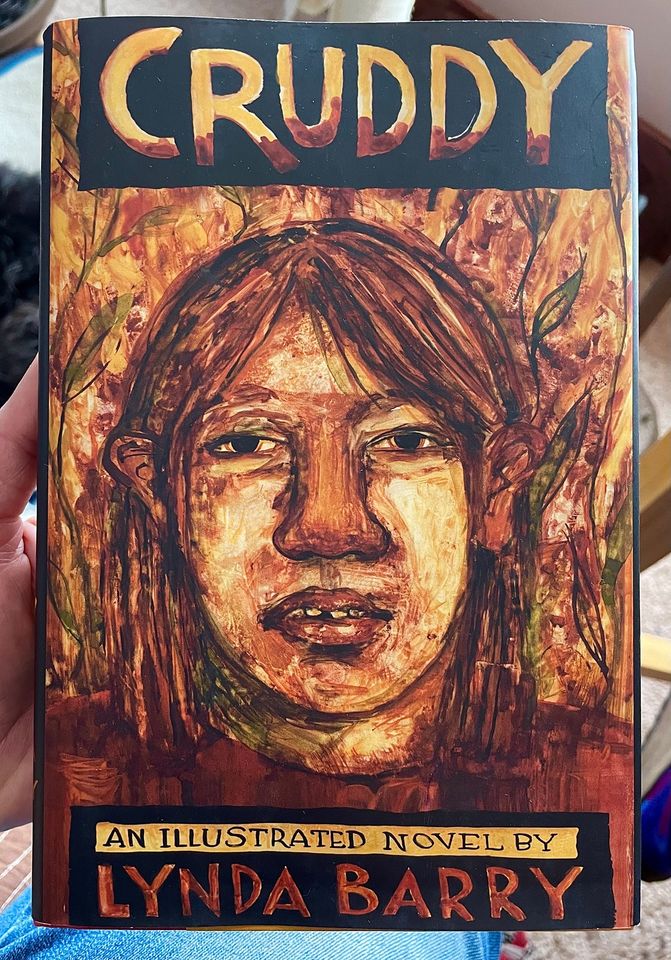 Lynda Barry has worked as a painter, cartoonist, writer, illustrator, playwright, editor, commentator, and teacher and found that they are very much alike.
Barry is the inimitable creator behind the seminal comic strip that was syndicated across North America in alternative weeklies for two decades, Ernie Pook’s Comeek, featuring the incomparable Marlys and Freddy. She is the author of The Freddie Stories, One! Hundred! Demons!, The! Greatest! of! Marlys!, Cruddy: An Illustrated Novel, Naked Ladies! Naked Ladies! Naked Ladies!, and The Good Times are Killing Me, about an interracial friendship between two young girls, which was adapted as an off-Broadway play and won the Washington State Governor’s Award. She has written three bestselling and acclaimed creative how-to graphic novels for Drawn & Quarterly, What It Is which won the Eisner Award for Best Reality Based Graphic Novel and R.R. Donnelly Award for highest literary achievement by a Wisconsin author; Picture This; and Syllabus: Notes From an Accidental Professor, and In 2019 she received a MacArthur Genius Grant.
In recognition of her contributions to the comic art form, Comics Alliance listed Barry as one of twelve women cartoonists deserving of lifetime achievement recognition, and she received the Wisconsin Visual Art Lifetime Achievement Award in 2013. In July 2016, she was inducted into the Eisner Hall of Fame. Barry was awarded a MacArthur Fellowship as part of the Class of 2019.
In 2020, her work was included in the exhibit Women in Comics: Looking Forward, Looking Back at the Society of Illustrators in New York City.
She lives in Southern Wisconsin and is Professor of Interdisciplinary Creativity at the University of Wisconsin-Madison.
Fall 2021 Colloquiums
Online at Zoom
Visiting Artist Colloquium: Wednesdays @ 5 – 6:15pm
Art Faculty Colloquium: Thursdays @ 5 – 6:15pm
Discover the latest developments in Fine art, Craft, and Design at our free public lectures by some of the nation’s most prominent artists, critics, and gallery and museum directors.
The Art Department Colloquium is a series supported by the Anonymous Fund and the Brittingham Trust. Visiting Artist lectures are held every Wednesday and Faculty lectures are held every Thursday during the academic year, and are free and open to the public.
Find the full Fall 2021 Colloquium schedule at: https://art.wisc.edu/public-programs