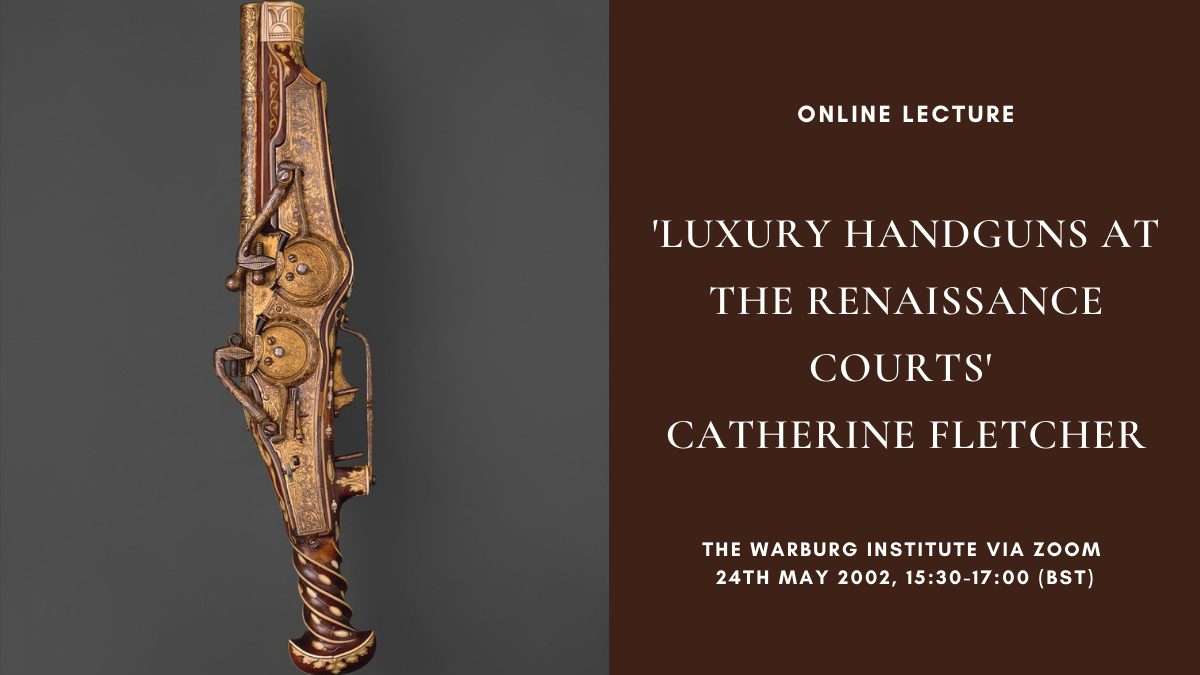 By the early sixteenth century, handguns had become an important technology of warfare. European cultural attitudes towards these new objects were ambivalent. In literature firearms were often described as diabolical and unchivalrous. Yet at the same time a gift culture developed around guns. They were assimilated into the world of the court, where designs of firearms and accessories echoed those of fashionable clothes, textiles and furniture. Using a series of examples from museum collections, this talk will investigate the ways that sixteenth-century guns became ‘civilized’.

This event is part of the A Material World: Ritual, which brings together academics and heritage professionals from a wide range of disciplines to discuss issues concerning historical objects, their materials, forms, and functions, as well as their conservation, presentation, display, and reconstruction.