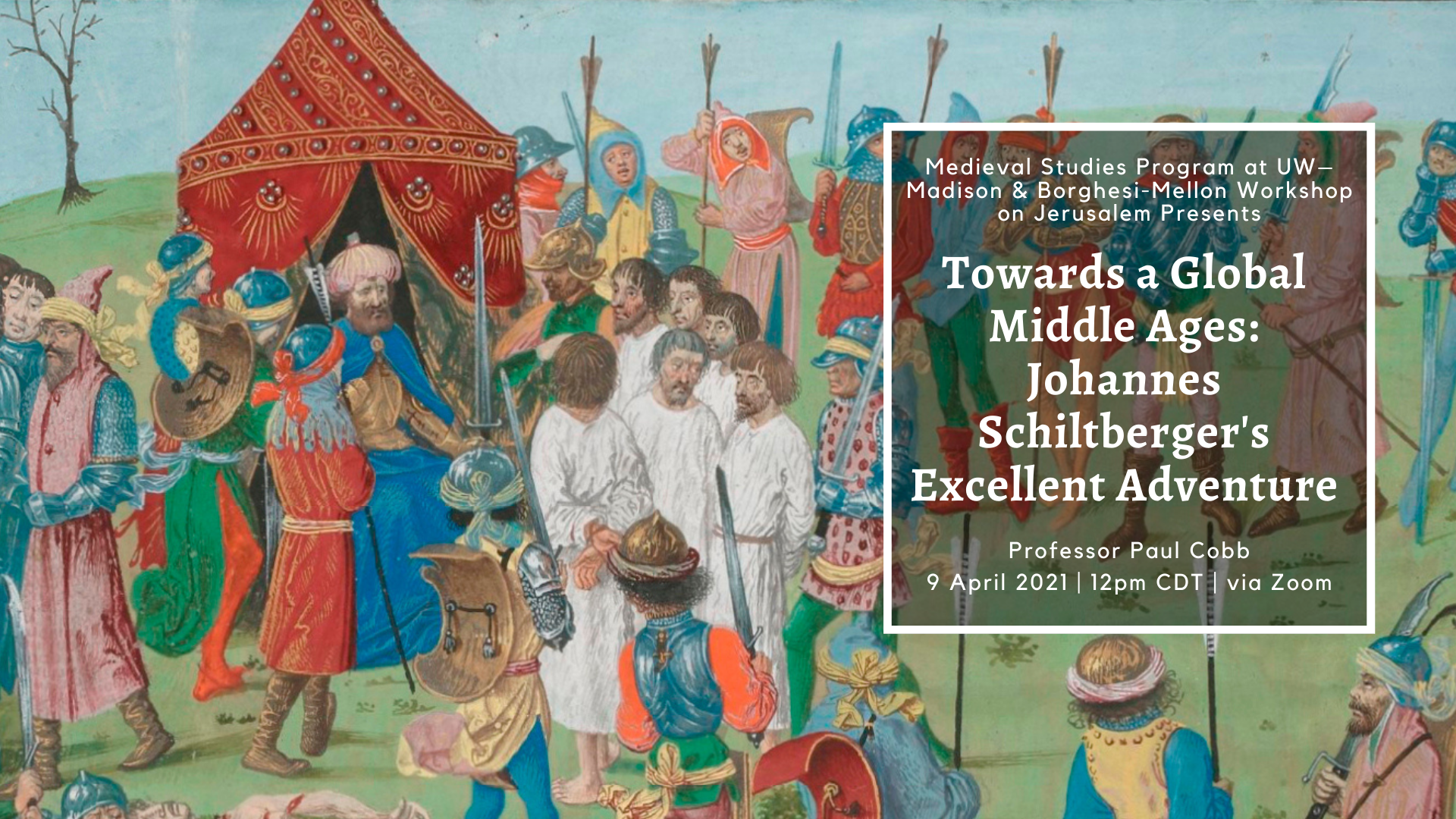 This workshop is open to UW–Madison Faculty and Graduate Students.
Prof. Paul Cobb will lead the “Towards a Global Middle Ages: Johannes Schiltberger’s Excellent Adventure” workshop discussion on Friday, April 9th, 2021 at 12:00pm CT via Zoom.
In 1396, a German teenager named Johannes Schiltberger was captured while on Crusade against the Ottoman Turks. He became the personal attendant of Bayezid I and, when the sultan was himself captured, he became the attendant of the great Central Asian warlord Timur (aka Tamerlane), and passed into the service of various Timurid princes after him. For nearly 35 years, he spent his time crisscrossing the Middle East, Central Asia, and the Caucasus in service to the great lords of the day, before escaping back to Germany, where he wrote his memoirs. These provide a vivid window into the deeply interconnected world of medieval Eurasia, and gives us plenty of opportunity to reflect upon the facts and fantasy emanating from Europe’s encounter with the expended world of the late Middle Ages.
Zoom: https://uwmadison.zoom.us/s/99056035188
+ Google Calendar+ iCal Export