Yuhang Li in Conversation with Paul Copp on “Becoming Guanyin” 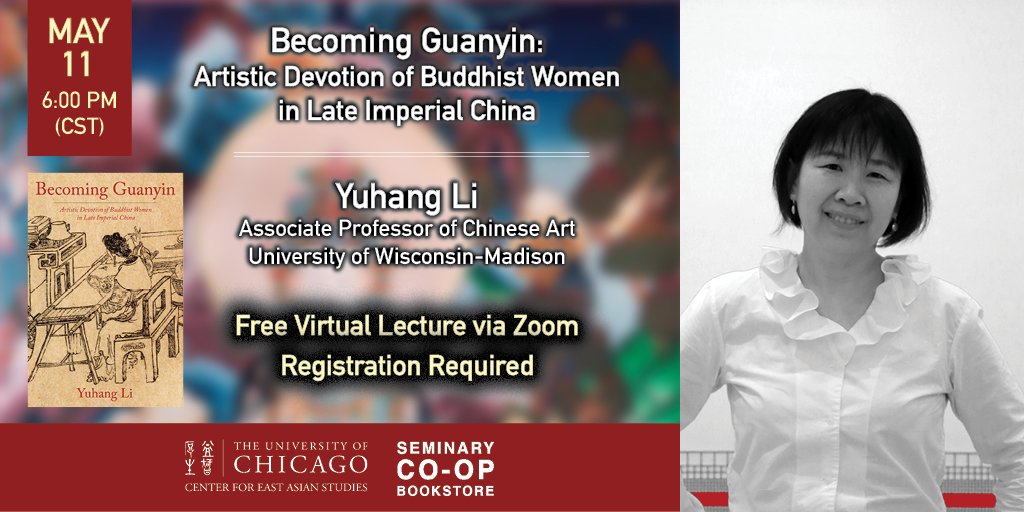 Yuhang Li will discuss Becoming Guanyin: Artistic Devotion of Buddhist Women in Late Imperial China. She will be joined in conversation by Paul Copp.

About the book: In Becoming Guanyin, Yuhang Li examines how lay Buddhist women in late imperial China forged a connection with the subject of their devotion, arguing that women used their own bodies to echo that of Guanyin. Li focuses on the power of material things to enable women to access religious experience and transcendence. In particular, she examines how secular Buddhist women expressed mimetic devotion and pursued religious salvation through creative depictions of Guanyin in different media such as painting and embroidery and through bodily portrayals of the deity using jewelry and dance. These material displays expressed a worldview that differed from yet fit within the Confucian patriarchal system. Attending to the fabrication and use of “women’s things” by secular women, Li offers new insight into the relationships between worshipped and worshipper in Buddhist practice. Combining empirical research with theoretical insights from both art history and Buddhist studies, Becoming Guanyin is a field-changing analysis that reveals the interplay between material culture, religion, and their gendered transformations.

About the author: Yuhang Li is an assistant professor of Chinese art in the Department of Art History at the University of Wisconsin-Madison. She cocurated with Judith Zeitlin the exhibition Performing Images: Opera in Chinese Visual Culture and coedited the resulting catalog based on the exhibition.

About the interlocutor: Professor Copp is Associate Professor in Chinese Religion and Thought, East Asian Languages and Civilizations, and the College at the University of Chicago.