Position title: Chair of the Department of Art History, Belzer Professor of Classical Judaism, and the Max and Frieda Weinstein-Bascom Professor of Jewish Studies

206A Conrad A. Elvehjem Building
Office Hours: By appointment 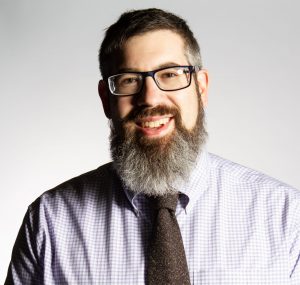 Biography
Jordan D. Rosenblum is the Belzer Professor of Classical Judaism, the Max and Frieda Weinstein-Bascom Professor of Jewish Studies at the University of Wisconsin-Madison, and Chair of the Department of Art History. In 2009, he was a Starr Fellow at Harvard University. His research focuses on the literature, law, and social history of the rabbinic movement in general and, in particular, on rabbinic food regulations. He is the author of Rabbinic Drinking: What Beverages Teach Us About Rabbinic Literature (University of California Press, 2020); The Jewish Dietary Laws in the Ancient World (Cambridge University Press, 2016; paperback edition, 2019); and Food and Identity in Early Rabbinic Judaism (Cambridge University Press, 2010; paperback edition, 2014), as well as the co-editor of Feasting and Fasting: The History and Ethics of Jewish Food (New York University Press, 2019); Animals and the Law in the in Antiquity (Brown Judaic Studies, 2021); With the Loyal You Show Yourself Loyal: Essays on Relationships in the Hebrew Bible in Honor of Saul M. Olyan (SBL Press, 2021); and Religious Competition in the Third Century C.E.: Jews, Christians, and the Greco-Roman World (Vandenhoeck and Ruprecht, 2014). Currently, he is working on a new book, provisionally entitled Jews and The Pig: A History, which will explore the long association between Jews and the pig, including visual representations (e.g., the Judensau).

Publications
“The Swine Suicides: On the Appearance and Disappearance of Pork-Related Jewish Martyrdom in Antiquity,” Journal of Religious Competition in Antiquity 1 (2019):37–47.

“The Unwashed Masses: Handwashing as a Ritual of Social Distinction in Rabbinic Judaism,” Historia Religionum 10 (2018): 79–90.

“Thou Shalt Not Cook a Bird in its Mother’s Milk?: Theorizing the Evolution of a Rabbinic Regulation,” in Religious Studies and Rabbinics: A Conversation, ed. Elizabeth Shanks Alexander and Beth A. Berkowitz, Routledge Jewish Studies Series, Routledge, 2018, pp. 175–87.

“Changing the Subject: Rabbinic Legal Process in the Absence of Justification,” The Review of Rabbinic Judaism 18 (2015): 23–36.