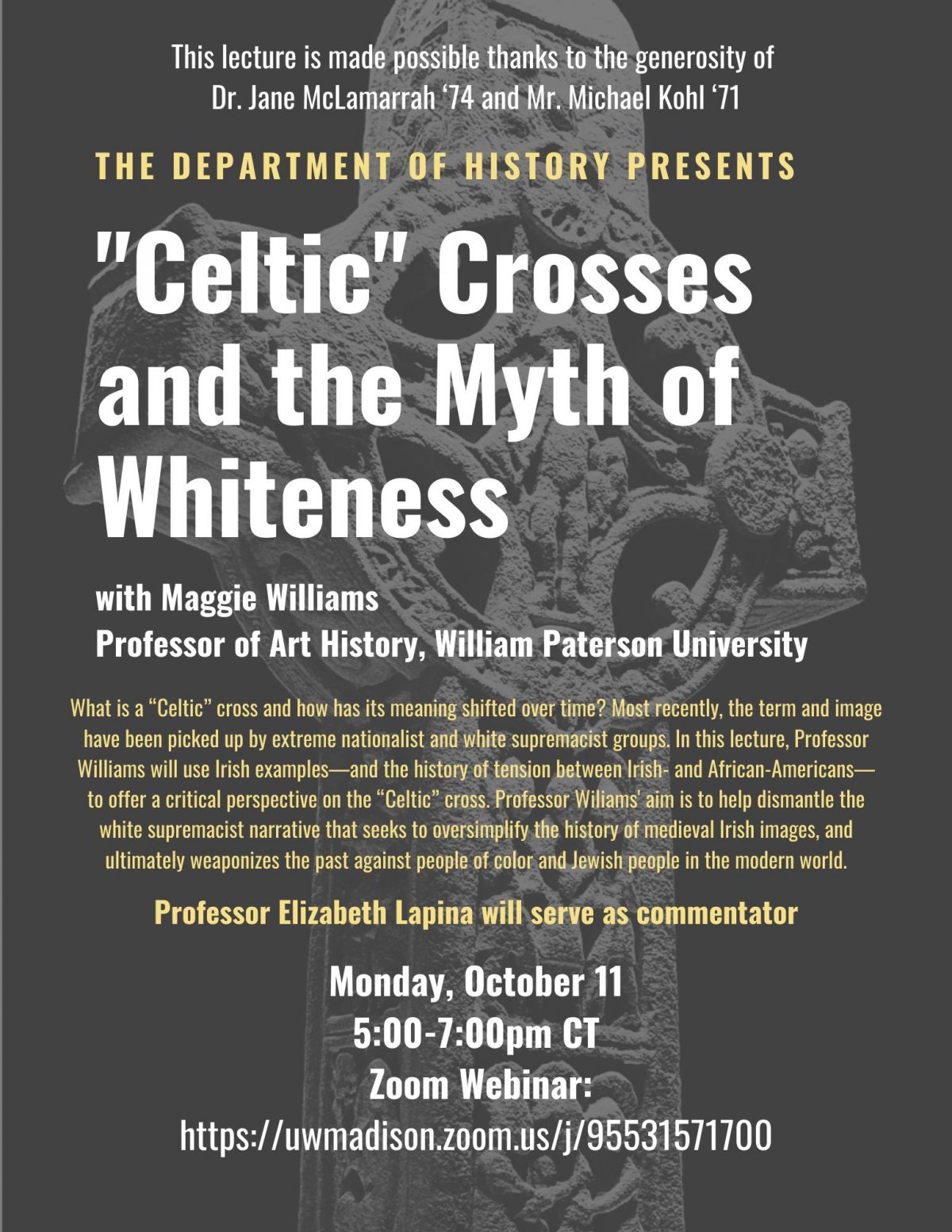 What is a “Celtic” cross and how has its meaning shifted over time? Most recently, the term and image have been picked up by extreme nationalist and white supremacist groups. In this lecture, Professor Williams will use Irish examples—and the history of tension between Irish- and African-Americans—to offer a critical perspective on the “Celtic” cross. Professor Williams’ aim is to help dismantle the white supremacist narrative that seeks to oversimplify the history of medieval Irish images, and ultimately weaponizes the past against people of color and Jewish people in the modern world.
Maggie M. Williams is Professor of Art History at William Paterson University in New Jersey, and active in her local union, AFT 1796. Trained as both a medievalist (Columbia University) and a union organizer (Local 2110 UAW), Dr. Williams works at the intersection of art history and contemporary politics. Her 2012 book, “Icons of Irishness from the Middle Ages to the Modern World” considers the role that ringed Irish crosses have played in signifying Irish and Irish-American identities. More recently, she has reconsidered her earlier work in the light of contemporary white supremacist fantasies about a racially “pure” Middle Ages. Her most recent essay, “‘Celtic’ Crosses and the Myth of Whiteness” appeared recently in the volume “Whose Middle Ages?: Teachable Moments from an Ill-Used Past” (Fordham University Press). She also works to address these issues with an organization called the Material Collective, and she has presented on the topic of “Celtic” crosses and white supremacy at Elon University, SUNY Albany, Georgetown University, and the International Congress on Medieval Studies in Kalamazoo.
This lecture is made possible thanks to the generosity of Dr. Jane McLamarrah ‘74 and Mr. Michael Kohl ‘71.