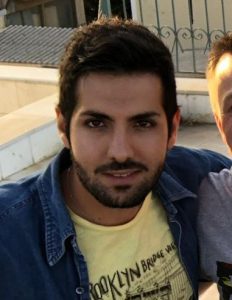 Ehsan Behbahani-Nia joined the Department of Art History of UW-Madison in 2020. He has a bachelor’s in architecture from the University of Azad, Tehran, and three master’s degrees related to ancient architecture and archaeology from Strasbourg and Paris, France. His research focuses on ancient building technology, stone-cutting and craftsmanship in the Classical World, as well as in architectural exchanges between Greco-Roman world and Persians, from Archaic through Roman periods. He is most impassioned about using architecture as a medium to better understand intercultural relations and connections across ancient Aegean, Mediterranean and Near Eastern worlds.

Starting from August 2020, he is working with Prof. Nick Cahill as a Project Assistant on the publications and materials of Sardis Expedition. Ehsan is also a member of the Emory University – Getty Foundation Seminar on Connecting Art Histories: Beyond the Northern Aegean, a member of the University of Chicago’s excavation team at Isthmia in Greece, and a former member of the French-Iranian mission of Pasargadae in Iran, following archaeological missions throughout the Mediterranean from Rome, Delos, Oncehstos and Caričin Grad (Serbia) to several sites in France (Mandeure, Arles, Argentomagus, etc.).