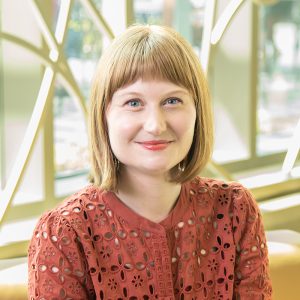 Biography
Using textiles and clothing as a lens through which to explore the world, I am interested in the entire life of objects: what they are made of, who made them and how, how they were used, and what they meant to makers, owners, observers, and collectors. I am a cultural historian specializing in early modern textiles and clothing and my training spans art history, history of science, literature and material culture studies, so I aim to approach objects from interdisciplinary perspectives. As textiles contain so much information that is not recorded in text or image, and so often only survive in fragmentary conditions, I often collaborate with other researchers, scientists, makers, and designers to investigate and reconstruct objects using hands-on, scientific, and digital methods.

My current research spans several themes: weatherproof clothing, imitation textiles, and the development of hands-on and experimental reconstruction methods. My ongoing publication projects include the results of my experiments following 16th century dye recipes and the full-size reconstruction of a renaissance doublet, and I am also working on a monograph about early modern London’s emergence as a fashion capital, and an edited volume about early modern maker spaces.

Before joining the School of Human Ecology, I was a Leverhulme Early Career Fellow at UCL (London), where I researched the connection between weather, the environment and clothing. I have also held postdoctoral research positions on two major projects, Making and Knowing (Columbia University, New York) and Refashioning the Renaissance (Aalto University, Finland).

“Visual and Literary Representations of Shopping” in A Cultural History of Shopping in the Early Modern Age, vol. 3, ed. Tim Reinke-Williams (London: Bloomsbury, 2022).