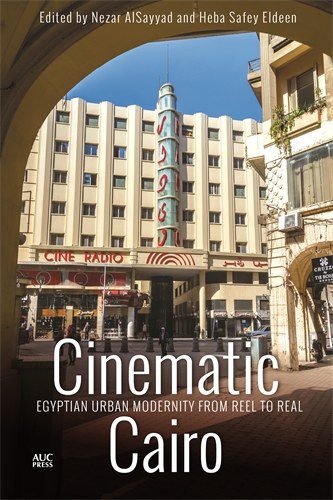 Ph.D. Candidate Ahmed Abdelazim contributed a chapter to the edited volume on Cairo’s Urban modernity. The chapter titled “Kafkaesque Modernity: Cairo in the 1980s and the Middle-Class housing crisis” examines the impact of neoliberal urbanization on middle-class housing. By making references to movies produced during the 1980s, the chapter argues that those who failed to escape the city or benefit from neo-liberal change had to struggle in order to avoid expulsion, corruption, imprisonment, and insanity. The book, Cinematic Cairo: Egyptian Urban Modernity from Reel to Real, is published by the American University Press in Cairo.

Ph.D. Candidate Ahmed Abdelazim has just published his first peer-reviewed paper in the journal, Anthropology of the Middle East, under the title “‘Men Don’t Cry Over Women’: Expressions of Love and Grief in Egyptian Popular Music.” He also presented his …

Professor Jennifer Pruitt and Phd Student Ahmed Abdelazim will be participating in a special Humanities Now event. The topic is all about how – and why – the Middle Ages matter today. With public violence …