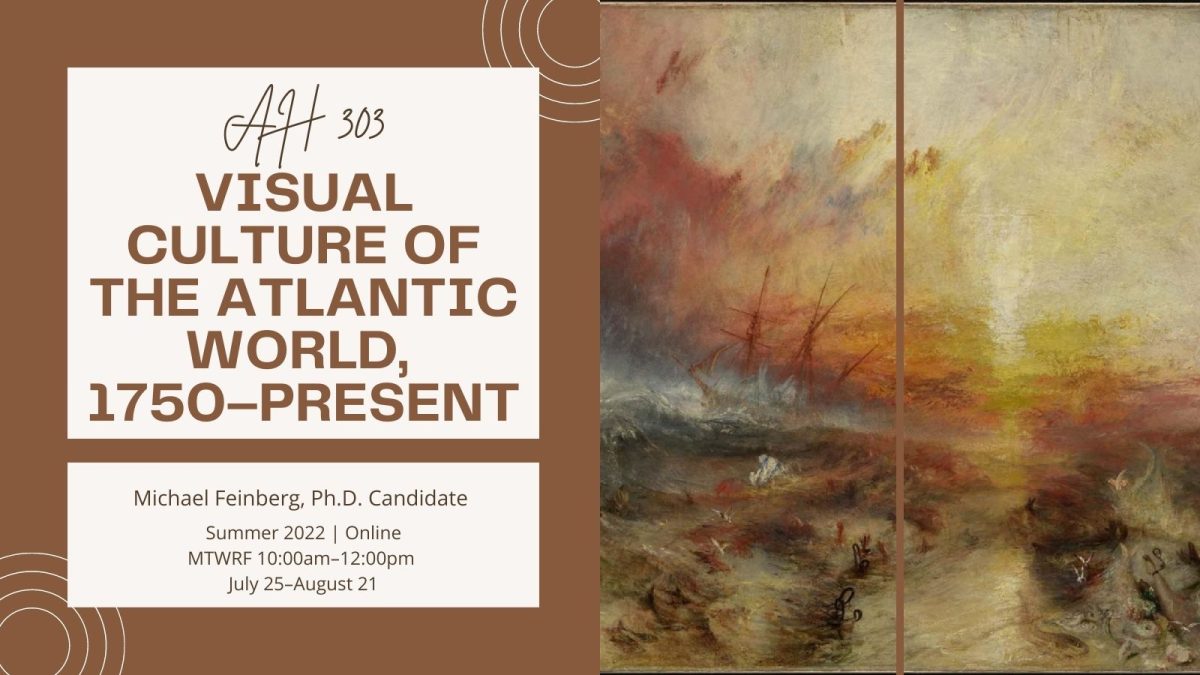 This summer AH 303 Visual Culture of the Atlantic World, 1750–Present will be offered online, July 25th–August 21st, MTWRF 10:00am–12:00pm. Satisfies L&S credit and humanities breadth.Enroll here. Description: This course argues that the histories of modern and contemporary art cannot be divorced from the experiences that unfolded in the Atlantic World, specifically during the eighteenth and nineteenth centuries. By focusing on the immense body of water that connected and continues to connect the Americas with Europe and Africa, we will consider how artistic expressions of the experiences of ethnic and racial minorities in the early modern period shaped the history of art and visual culture.The transatlantic viewpoint enables us to consider art beyond mere representations of colonialism, enslavement, or human exceptionalism. We will not only ask how a diverse range of artworks played active roles in building Empire but also how these works might be read against the grain. Taking a thematic approach, we will study a diverse panoply of artistic forms. Study of well-known artists alongside those who remain obscure to us and studying paintings alongside works on paper will enable us to consider the acts of colonial resistance by Black, indigenous, vegetal, and animal forces that significantly contested colonialism and the metropole as the center of artistic production.Although this class does not expect students to have prior knowledge of the class’s materials, it does expect students to take the diverse range of scholars we will think with seriously. Readings consist of essays and book chapters by thinkers such as Georg Wilhelm Friedrich Hegel, Nicole Fleetwood, Achille Mbembe, Nicholas Mirzoeff, and Jack Halberstam, amongst others. Students will be assessed upon short written responses and one longer paper. 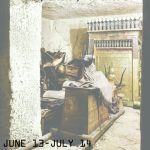 Summer 2022 Course Highlight | The History of the Museum: From “Prehistory” to Covid-19

Ph.D. Candidate LauraLee Brott’s course AH 430 History of the Museum: From “Prehistory” to Covid-19 will be taught in-person, MTWR, 11:00am–1:00pm, June 13th–July 17th. There will be occasional field trips to museums/collections around the UW–Madison campus. Satisfies L&S … 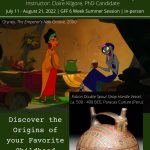 This summer, Ph.D. Candidate Claire Kilgore will be teaching a *NEW COURSE* AH 103 Animating Art History, TR 9:30–11:00am, July 11th–August 21st. Satisfies L&S credit and humanities breadth. Enroll here. Description: What did the classic movies of your childhood get … 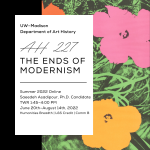