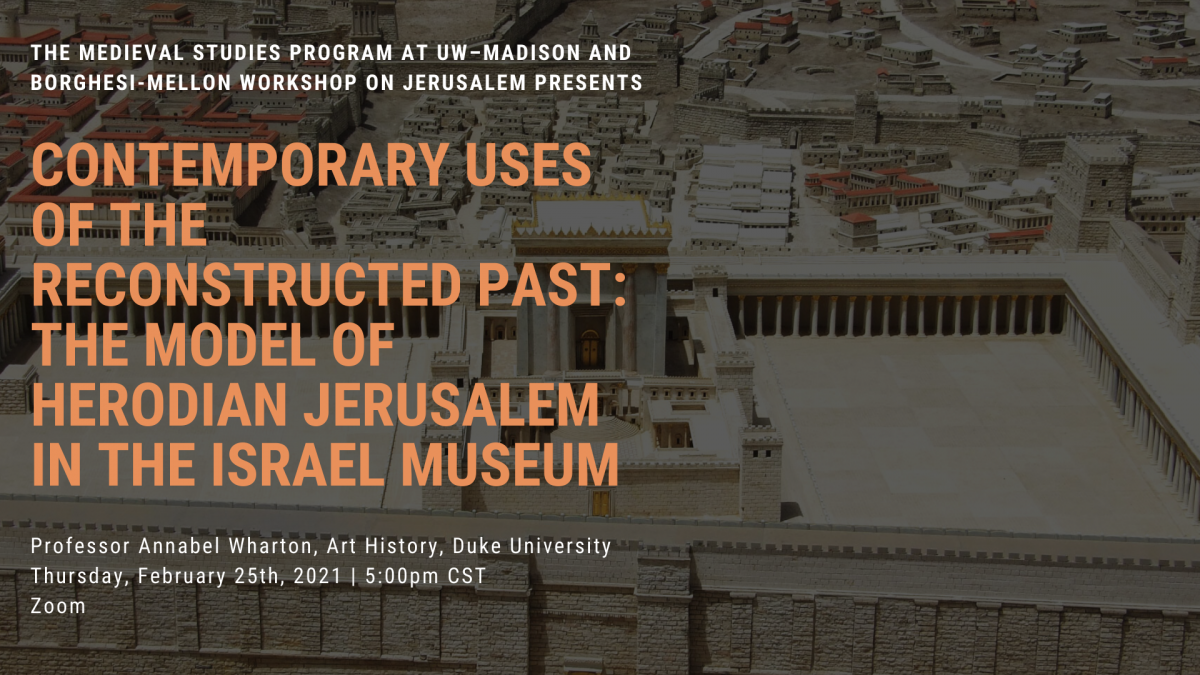 This Thursday, February 25th at 5:00pm CST, Professor Annabel Wharton (Art History, Duke University) will present her talk “Contemporary Uses of the Reconstructed Past: The Model of Herodian Jerusalem in the Israel Museum.”
Annabel Wharton’s talk considers the reciprocal effects of a model of an ancient city and its modern observers. The “Holy Land Hotel Model of Ancient Jerusalem” was constructed under the direction of Michael Avi Yonah, a distinguished senior Israeli archaeologist; later, the project was supervised by another eminent archaeologist, Yoram Tsafrir. The model, opened to the public in 1966 on the grounds of the Holy Land Hotel in the suburbs of Jerusalem, was moved to the Israel Museum in 2006. Not only has the location of the model shifted in those forty years, but also its audiences and its meanings have changed. For its scholarly makers, the model was a scientific archive. For the model’s Jewish, Christian and Palestinian observers, it has had very different meanings, some of which have affected its form. This paper demonstrates how a model is, in unexpected ways, historical and political, and how those politics and histories are unstable and interdependent.
This lecture is part of the Jerusalem in the Medieval and Modern Imagination Borghesi-Mellon Workshop.