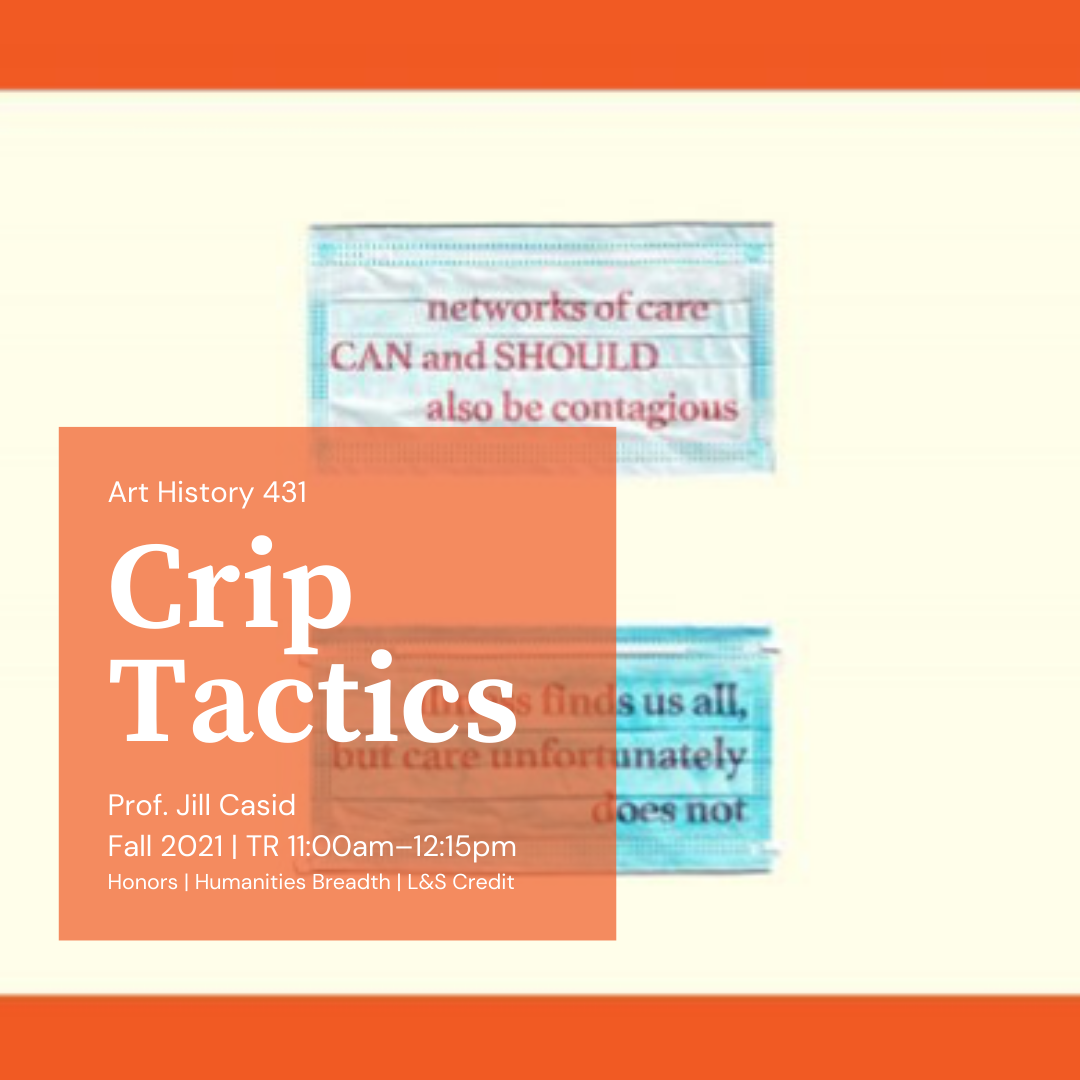 Interested in tactics for social justice and transformation when it comes to sexuality and ability? Want new critical tools for the task? This course introduces the key animating concepts and analytics in what has come to be known as “crip theory.”We experiment with tactics for exercising the powers of trenchant critique and creative, worldmaking praxis. We explore crip theory across speculative and critical writing, art, activism, and visual culture. We consider ways of challenging compulsory able-bodied heteronormativity. We look critically at the often lethal gendered, sexual, and racializing terms regulating what constitutes physical and mental fitness and, thus, what is deemed a life worth supporting. We dig into signal work in crip theory as a more than text-based or academic mode of analysis. We consider centrally how its activist, performance and art-based origins also drive its futures. We pursue its interanimating dialogue with critical disability theory, queer theory and queer-of-color critique, trans theory, critical race theory, feminist theory, new materialism and ecocriticism.