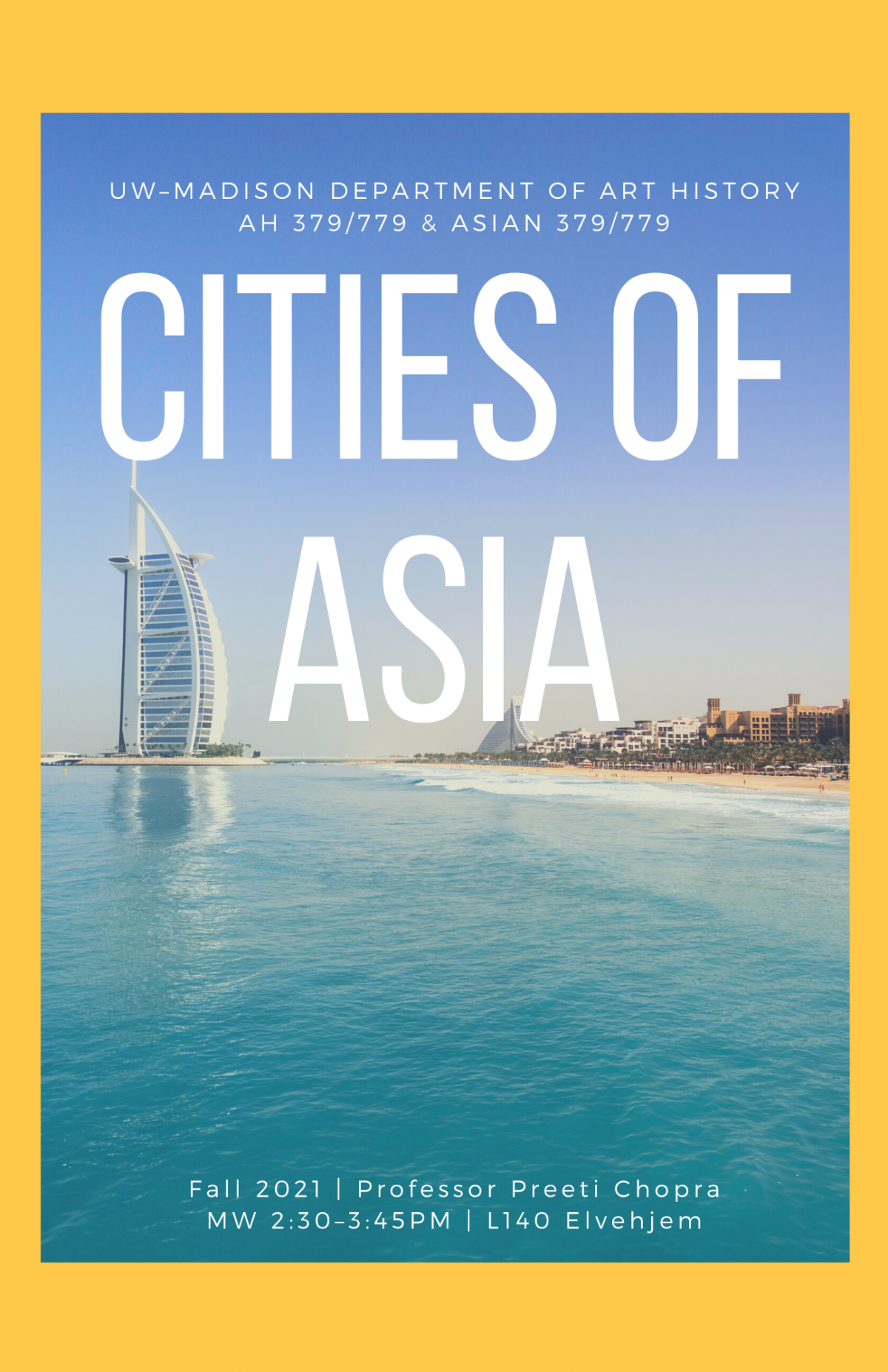 Professor Preeti Chopra will be teaching her much anticipated course AH 379/779: Cities of Asia MW 2:30–3:45pm, L140 Elvehjem.
This semester long survey course, presents a historical overview of the built environment of the cities of Asia from antiquity to the present. Most surveys of the city focus on the West, even though the earliest neolithic settlements are found in western Asia, and the first true cities were constructed between the Tigris and Euphrates around 3500 B.C. Max Weber’s work on the City was influential in drawing a contrast between Western and non-Western cities, arguing that “urban communities” and hence “true cities” were only found in the West. This course seeks does not seek to essentialize Western or non-Western cities. Instead, it seeks to explore and tease out common themes that thread through the diverse geographical regions and cultures of Asia.
This class is cross-listed with Asian Languages & Cultures as ASIAN 379/779.