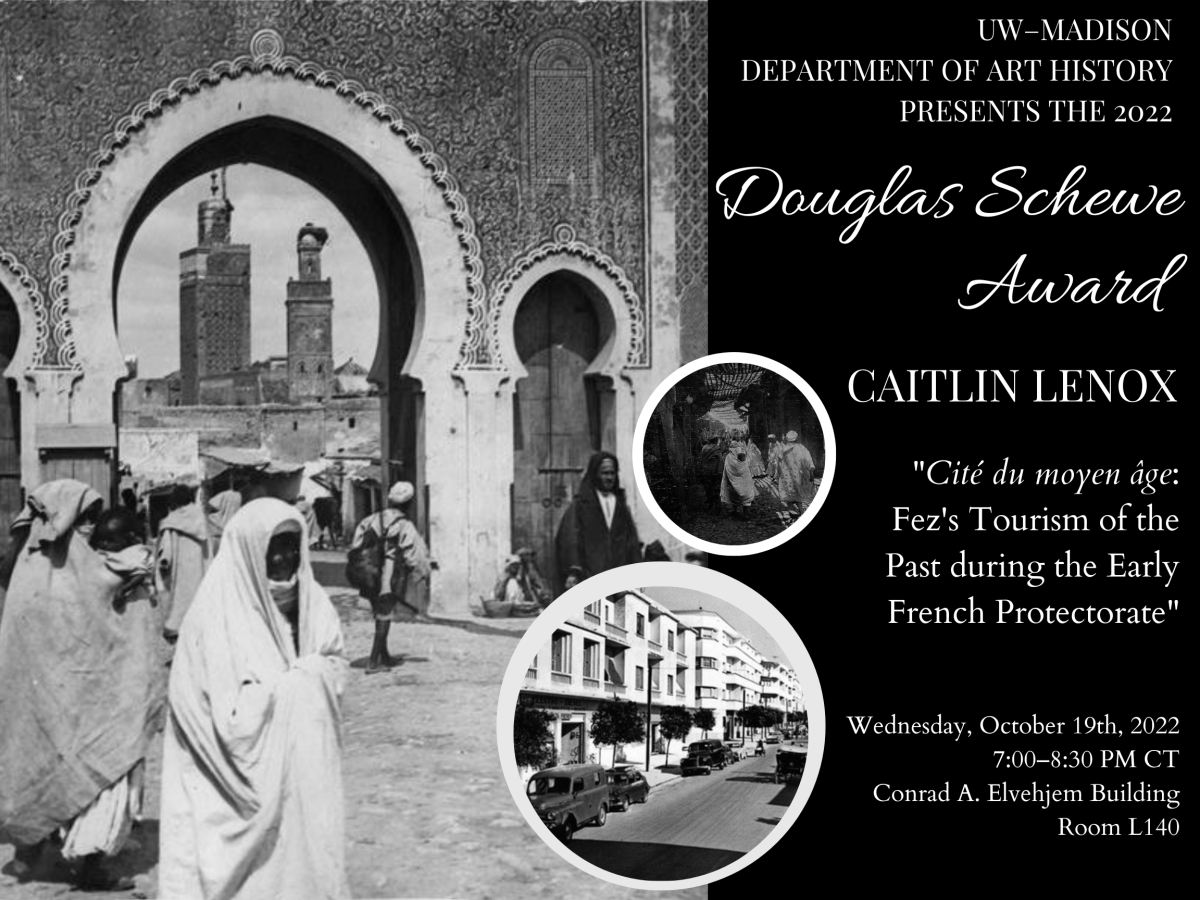 Save the date for the 2022 Douglas Schewe Award Lecture on Wednesday, October 19th at 7:00pm CT. Caitlin Lenox (M.A. Student) will be presenting her winning paper, “Cité du moyen âge: Fez’s Tourism of the Past during the Early French Protectorate.” Caitlin was nominated by Professor Preeti Chopra. This event is open to the public and we hope to see you there!The Douglas Schewe Award is awarded each year to a student deemed to have produced the best seminar or research paper during the previous academic year. Douglas Schewe taught reading and English at Madison Area Technical College for 23 years until his retirement in 1993. He was also a collector of art and a familiar presence in our art history classrooms for many years, often engaging in penetrating discussions with professors in person, or by letter. In donating the funds, he specified that the paper should be “based on a plausible premise, supported by reason and logic, open to evidence and willingly discussing with academic objectivity, and criticism with those (scholars) having different points of view.” 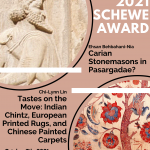 Please join the UW–Madison Department of Art History in celebrating Chi-Lynn Lin (Ph.D. Student) and Ehsan Behbahani-Nia (Ph.D. Student) for winning the 2021 Schewe Award for the Best Graduate Student Paper during to the 2020–2021 academic year. Chi-Lynn will …

The department is pleased to announce this year’s winner of the Schewe Award for Best Graduate Student Paper (2017-18) is Michelle Prestholt. Michelle’s paper is entitled “Oppositional Identities: The Monstrous Peoples at Vezelay and … 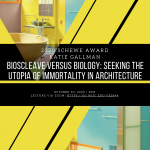 Please join us tomorrow, October 30th at 4:00pm CDT for PhD Student Katie Gallman’s presentation of her 2020 Schewe Award paper “Bioscleave Versus Biology: Seeking the Utopia of Immortality in Architecture.” You can join the …