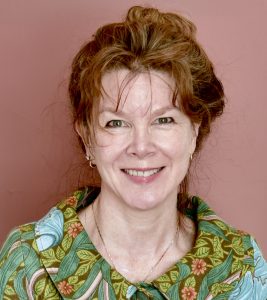 Biography
Nancy Rose Marshall is from Wyoming, RI and loves cats and chocolate. She is thrilled to live in her adopted city of Madison, where she teaches widely in European and American art of the modern period and specializes in Victorian visual culture. Working both to understand art in its original contexts and to interrogate it from our own, Marshall draws on interdisciplinary tools and frameworks of literary criticism, history of science, gender studies, and critical race studies to illuminate ways images speak of, struggle against, or destabilize–sometimes inadvertently–the norms of their first moment of production. A principal prompt for her project is the articulation of an art historical method that is also a call for appreciating the relevance of the discipline and its capaciousness as a fertile and productive field of study. Art history can remind us in unique and vivid ways that matter matters. Most recently Marshall compiled a volume of essays entitled Victorian Science and Imagery: The Evolution of Form in Nineteenth Century Visual Culture (Pittsburgh Univ. Press, 2021), to which she also contributed an introduction and essay on the affordances of candle-light. An earlier book, City of Gold and Mud: Victorian Representations of London (Yale Univ. Press, 2012) explored images of the city in an effort to understand how realist genre painting participated in the imperial project.

“‘In Flaming Fire Shall Pass Away’: Victorian Imag(in)ing of the Pagan Pyre,” 19: Interdisciplinary Studies in the Long Nineteenth-Century (2017).

“The Many Shades of Shakespeare: Representations of Othello and Desdemona in Victorian Visual Culture,” in Transculturation in British Art 1770–1930, edited by Julie F. Codell, 73–92 (Farnham: Ashgate Press, 2012).

“Image or Identity: Kathleen Newton and the London Pictures of James Tissot,” in Seductive Surfaces: The Art of Tissot, edited by Katharine A. Lochnan (London: Paul Mellon Centre and Yale University Press, 1999).

Works in Progress:
‘Ashes and Sparks’: Britons on Fire in the Nineteenth Century (book project).