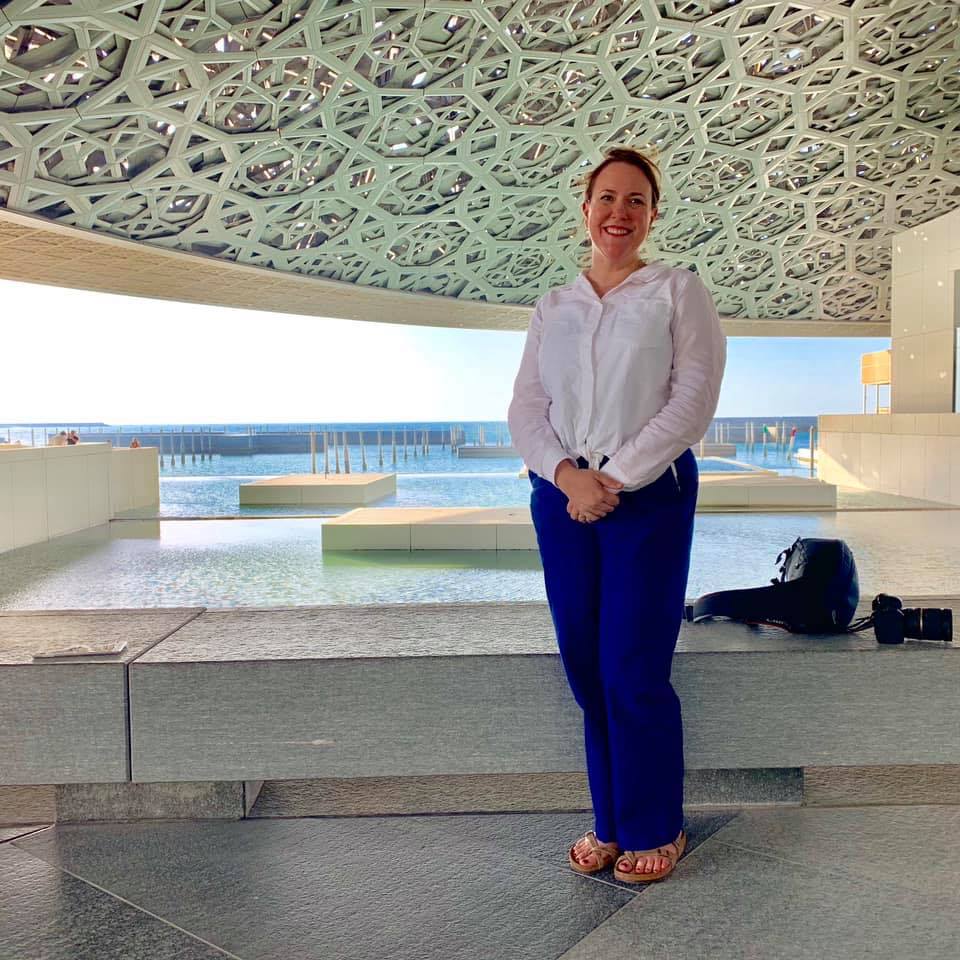 Congratulations to Prof. Jennifer Pruitt for her promotion to Associate Professor of Islamic Art and Architecture!!!

Earlier this year she published her book Building the Caliphate: Construction, Destruction, and Sectarian Identity in Early Fatimid Architecture (Yale, 2020). For her next research project, Prof. Pruitt has shared:

“I am embarking on a new book project, tentatively called Inheriting an Islamic Golden Age: Globalism, National Identity, and Islamic Art History in the Architecture of the Arabian Gulf. This project investigates the utilization of premodern forms of Islamic art in the contemporary architecture and museum display in the oil rich states of the Arabian Gulf – with a focus on projects in the United Arab Emirates, Qatar, Bahrain, Oman, and Kuwait. It explores how the Gulf presents itself as an inheritor to the tradition of classical Islamic art even though none of the canonical works were produced there. It argues that in the ongoing quest to find a balance between local and global identities to serve the multi-national populations of the Arabian Gulf, a reliance on Islamic artistic forms shifts the center of gravity in a global historical narrative away from the West and toward the Islamic world, thereby fundamentally altering the discourse of the art historical canon, Orientalism, and nationalism while contributing a new chapter in the postcolonial culture of the Middle East.”