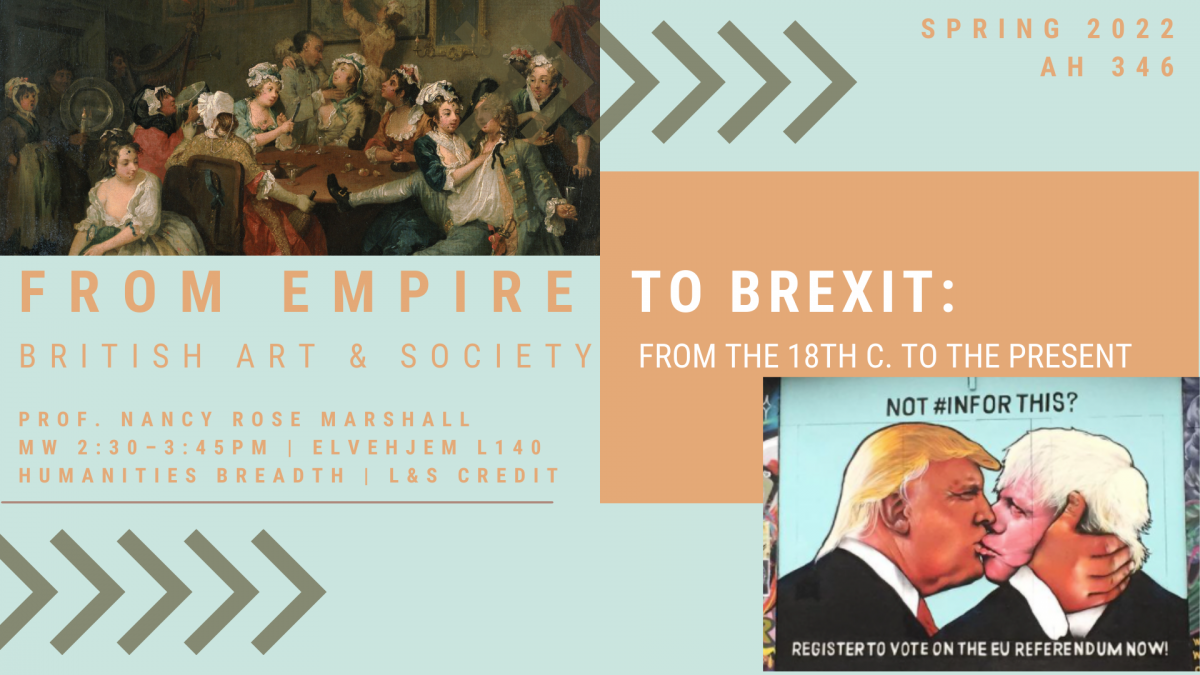 Professor Nancy Rose Marshall will teach AH 346 “From Empire to Brexit: British Art & Society From the 18th c. to the Present” in Spring 2022, MW 2:30–3:45pm, Conrad A. Elvehjem Building, Room L140, humanities breadth and L&S credit. This course will survey the visual culture of Britain both chronologically and thematically from the development of painting of modern life with Hogarth to the recent cultural debates over Brexit and the definition of Britishness. Focused around issues of race, gender, class, sexuality and (dis)ability, the class explores questions of of identity in a period in which the concept of “Great Britain — first as a nation and then as an empire–was emerging. Representations of monarchy, of the British countryside and the city, of history, and of everyday life will be examined in light of the ways they helped form both personal and national identities. As the first nation to industrialize, Britain also forms a crucial case study of the Anthropcene, yielding illuminating eco-critical interpretations of its art. Attention will be on the historical and cultural contexts for the works, and photography, popular prints, and world’s fairs will be studied alongside high art. Enroll here. 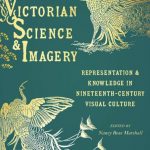 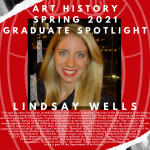 “The past six years have been incredible since I first arrived in Madison. My time in the Department of Art History has been so meaningful, and I am extremely grateful to everyone I had the …