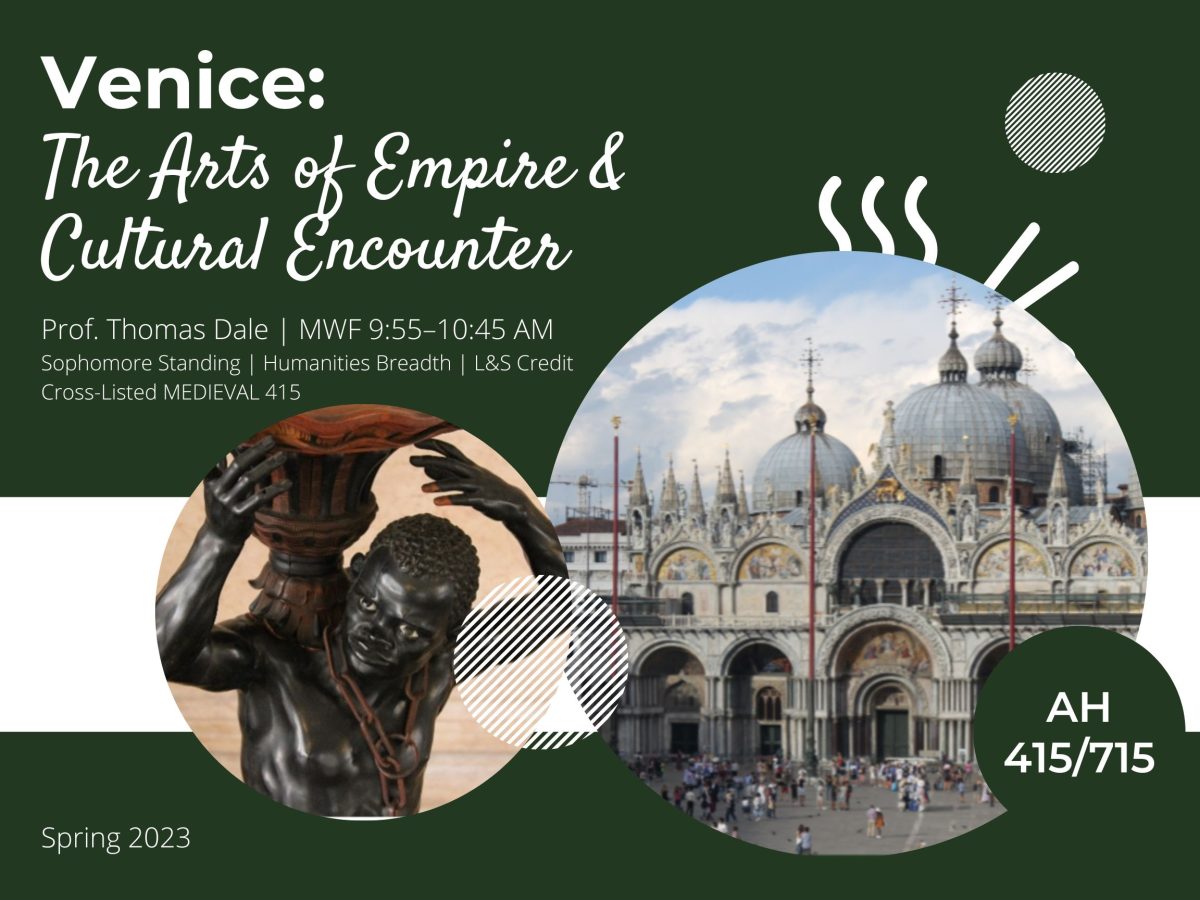 Professor Thomas Dale will be offering AH 415/715 | Venice: The Arts of Empire & Cultural Encounter MWF 9:55–10:45AM. Sophomore standing, Humanities Breadth, L&S Credit, Cross-Listed MEDIEVAL 415. Register here. Description: Enduring for almost an entire millennium, Venice, a city of small islands and canals settled beginning in the fifth century at the head the Adriatic Sea, forged a vast empire in the Eastern Mediterranean through trade, colonization, and conquest. A city like no other in Italy, Venice reveals in its architecture and monumental arts, as well as luxury objects in glass, textiles, and metalwork, a complex engagement with the Byzantine Empire, the Islamic states of the Mediterranean, and the Mongol Empire. The course traces the history of Venice from late antiquity to the fall of the Republic to Napoleon in the late eighteenth century through the city’s art, architecture, and urbanism, placing particular emphasis on its myth-making engagement of history, its cultural encounter with the cultures of the Eastern Mediterranean, and its attitudes towards race. It also emphasizes the role of visual images and architecture in forging the religious and secular narratives of the city as the “Most Serene Republic.” Principal objects of study include the basilica of San Marco, its mosaic and sculptural decoration and treasury objects; the sculpture and painted narratives of the Doge’s Palace; the new devotional art of Giovanni Bellini, Titian, and Tintoretto; Palladio’s reinvention of Roman architecture; Tiepolo’s grand ceiling paintings of the four continents in the post Columbian age; and the Rococo culture of Carnival in the city’s final century.