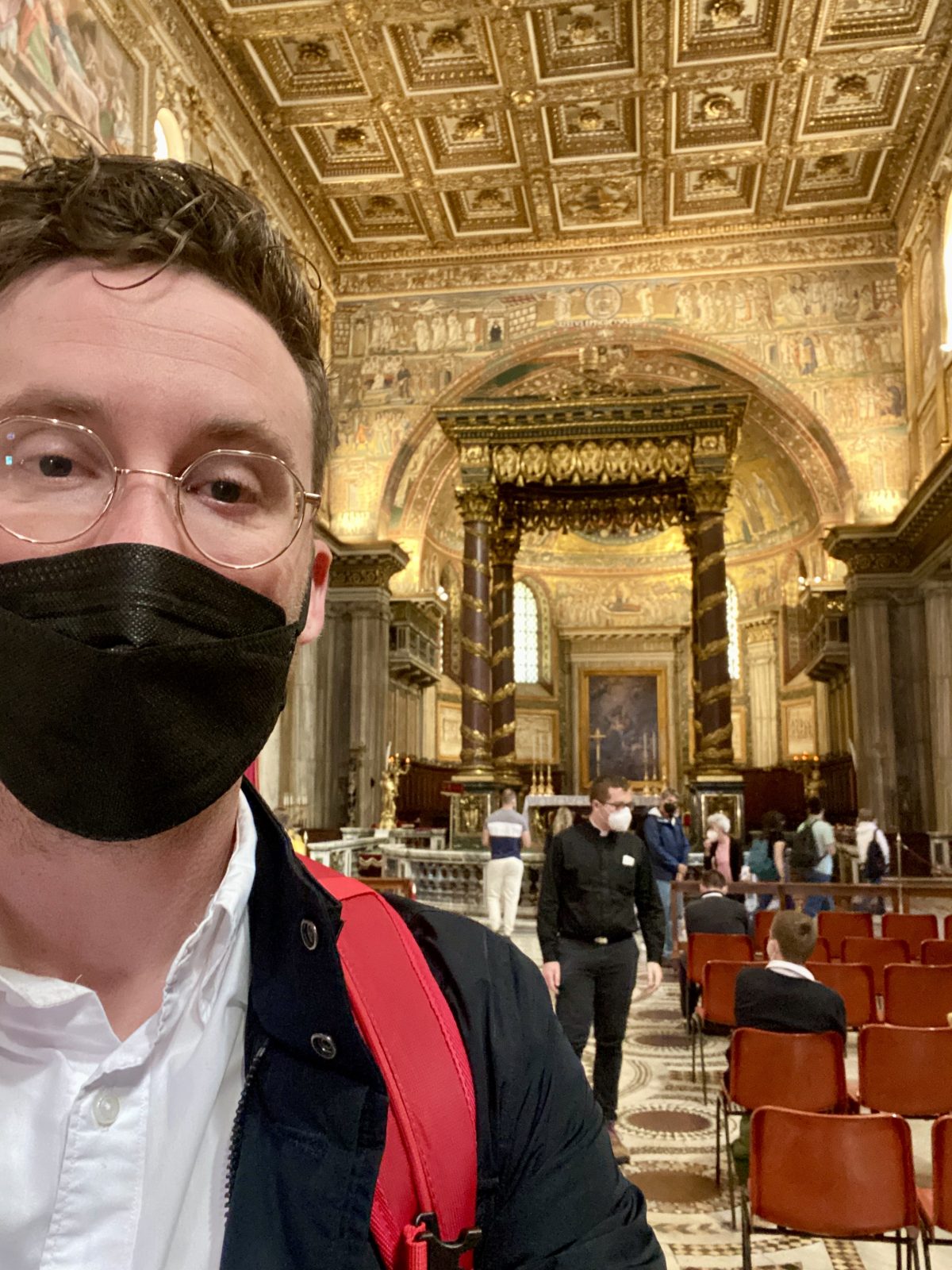 After a two-year pandemic hiatus, alumnus Daniel Cochran (Ph.D., 2018) joyfully resumed his annual guided tours of Rome. Stemming from his extensive time living and researching in Italy, Daniel began offering guided tours of the Eternal City in 2012. He initially took groups of 12–14 undergraduates interested in learning about the history of the Roman world. After graduating from UW-Madison with his Ph.D. in 2018, under the direction of Prof. Thomas E. A. Dale, Daniel combined his passion for late antique and medieval material culture with his vocation in parish ministry to offer guided tours for church congregations around the Chicago area. He orchestrates the nine-day itinerary for 15–25 participants and provides all of the site tours himself, allowing for a flexible customization of each trip that sets these tours apart from the countless other offerings in Rome.

The most distinctive aspect of his guided tours, however, is how Daniel utilizes the city’s art and architecture to illuminate the dynamic history of Christianity in a way that inspires critical reflection and informed activism today. Rome is an ideal place for such an exploration as it is here that archaeologists have unearthed the earliest material evidence of a Christian faith that has continued uninterrupted in the city for nearly two thousand years.

Each tour considers the many facets of this history: from the origins of the Colosseum in the First Jewish-Roman War of 66–73 CE to the impact of St. Peter’s Basilica on the Protestant Reformation of the 16th century; from the devastating power of Christian nationalism in the persecution of Roman Jews during the 20th century to the global responsibilities of Pope Francis as he advocates for peace in Ukraine with Russian Patriarch Kirill.

Beginning with a series of pre-trip seminars, Daniel encourages participants to wrestle with how the threads of religion, politics, and economics intertwine to create a tapestry of Christian “orthodoxy” that informs contemporary socio-cultural frameworks around race, gender, and sexuality. The small group format of each tour encourages the formation of meaningful relationships among participants through which lively conversations about the past become sites of personal discernment and faith formation in the present.

Daniel’s next tour is scheduled for October 2022 with another soon after in April 2023. He hopes to continue to offer this program on an annual basis as long as there is interest and travel is possible. Trip details can be found on his website ExploreChristianArt.com.

Daniel is the author of Building the Body of Christ: Christian Art, Identity, and Community in Late Antique Italy (Fortress Academic, 2020) and currently serves as the pastor of Aldersgate United Methodist Church in Wheaton, Illinois. He can be reached at Rev.Dr.Cochran@gmail.com. 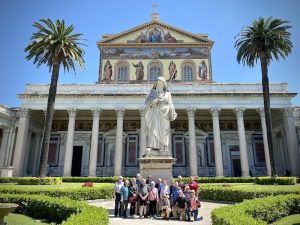 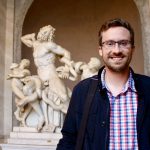 Daniel Cochran (Ph.D. 2018) has recently published his first book Building the Body of Christ: Christian Art, Identity, and Community in Late Antique Italy with Fortress Academic Press. Cochran stated, “I am so very grateful for all …

Ph.D. candidate Daniel Cochran has been awarded awarded the prestigious Charlotte W. Newcombe Doctoral Dissertation for the 2017-2018 academic year. The Newcombe Fellowship, awarded by the Woodrow Wilson National Fellowship Foundation, is the nation’s largest and most prestigious award …