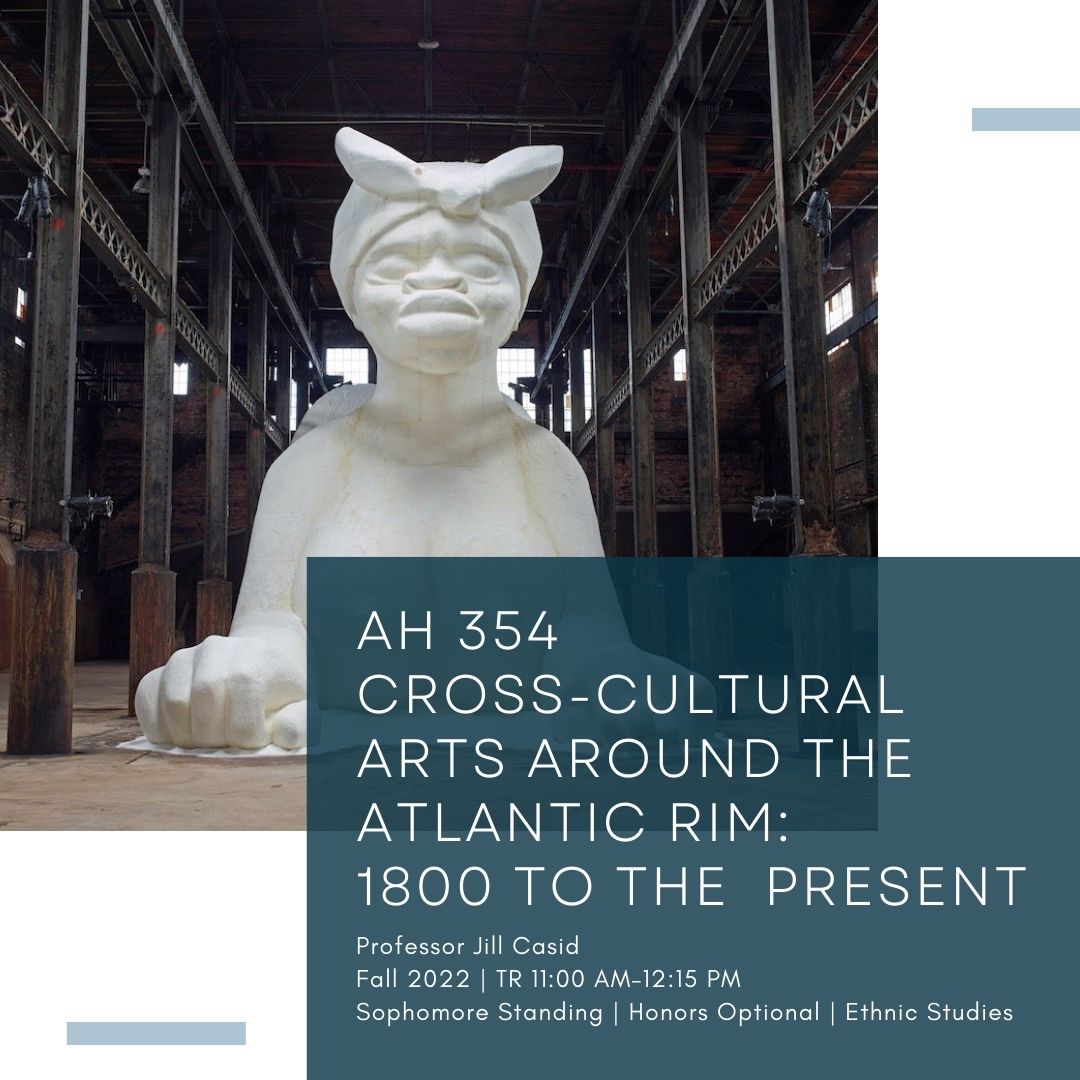 AH 354 “Cross-Cultural Arts Around the Atlantic Rim: 1800 to the Present” will be taught by Professor Jill Casid TR 11:00–12:15pm this fall. Sophomore standing, Honors Optional, Ethnic Studies, Humanities Breadth, and L&S Credit.
Description: The premise of this course is that the development of modern and contemporary art is unthinkable without consideration of the constitutively shaping role of race and ethnicity. “Cross-Cultural Arts around the Atlantic Rim” takes its name from the Atlantic Ocean, that body of water traversed by slave ships in the Middle Passage that continues to connect Europe, Africa, the Americas, and the Caribbean in a circuit of transverse influence. The Atlantic framework allows us to see that cross-cultural arts are not a minor subset of art, but, rather, that the experiences and agencies of racial and ethnic minorities are central to the making of modern art and contemporary art. At the same time, this course understands art and visual culture as no mere reflections of experience. Rather, we explore the ways in which visual representations from survey maps and plans to diagrams to land and seascapings do more than just reproduce a world wrought by colonization, trade, and slave labor. To take up the crosscultural nature of the modern and contemporary is to contend with the role of art and visual culture in the very making and transformation of the Atlantic world from the sugar plantations of the Caribbean to the heartlands of U.S. empire. We critically examine the ways in which images function as key components of social, cultural and political practice. We trace how images circulate along networks of exchange, collecting, performance, and display to contend with the ways in which power was and still is negotiated through the visual field. We look critically at the ways in which techniques of ordering, classification, and view-making participate in unstable regimes of power alongside critical reflection on the ways in which images and imaging enact and contest the Atlantic as a historical space of the worldscaping flows of people, plants, machines and artifacts that made the plantation-machine and the cargo ship as much the laboratories of modernity as the metropolis. 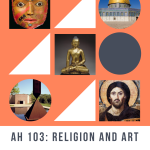 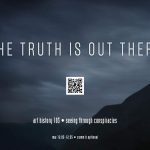 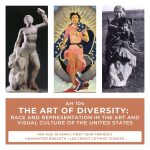 Fall 2022 Course Highlight | The Art of Diversity: Race & Representation in the Art & Visual Culture of the U.S.

AH 104 “The Art of Diversity: Race and Representation in the Art and Visual Culture of the United States,” will be taught again this fall MW, 9:55–10:45am. This course is first-year friendly and goes toward …